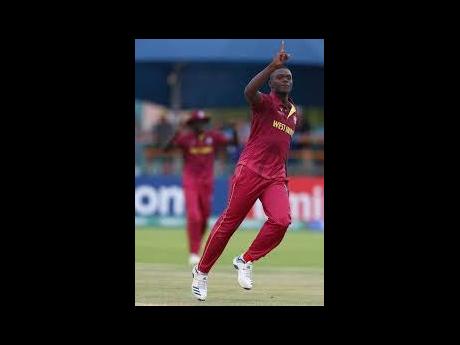 He was one of the tournament's leading fast bowlers with 10 wickets as West Indies Under-19s reached the quarter-finals before bowing out with a fifth-place finish.

Seales said his aim was now to make his first-class debut, with the ultimate dream of representing West Indies in the longest format.

"I always told my father I wanted to play Test cricket. I want to open the bowling in Test cricket," Seales told NewsDay here.

Seales played a critical role in the Windies success in the group stages. His four-wicket haul in the Caribbean side's opener sent pre-tournament favourites Australia tumbling cheaply for 179, setting up a three-wicket win.

And even though he went wicketless in the second game against highly-regarded England, his 10 overs cost just 21 runs as opposing batsmen found the going difficult against him.

For his efforts, Seales was one of two West Indies players - the other was all-rounder Nyeem Young - to be selected to the team-of-the-tournament.