Ramdin out of Red Force squad 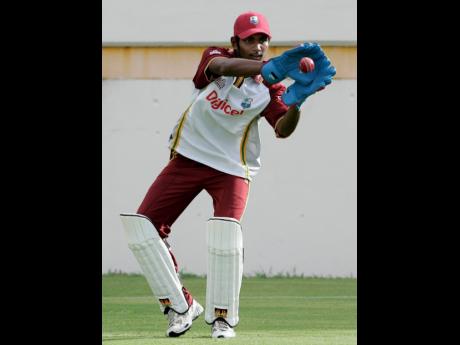 Former West Indies captain Denesh Ramdin has been axed from the Trinidad and Tobago Red Force side only weeks after being recalled for the fourth and fifth rounds of the Regional Four-Day Championship.

The veteran 34-year-old wicketkeeper/batsman missed the opening two games of the current campaign while serving a ban from last season, but has now found himself out of the 13-man squad announced for the sixth and seventh rounds.

Chairman of selectors Tony Gray blamed Ramdin’s omission on his lack of form.

“[Form] is one of the criteria for picking players, and I think Cariah has run out of form and hopefully, he can get back into local cricket and regain some form, and the same thing with Denesh Ramdin who has had three innings and has struggled a bit,” he told the Newsday newspaper.

In the two matches he played for Red Force this season, Ramdin – the most experienced player on the squad, having played 64 Tests and 139 ODIs for West Indies – scored just 16 and two ducks.

The former Red Force skipper ended last season with 348 runs, including two half-centuries, at an average of almost 22.

While Ramdin’s recent poor performance has cost him a place in the team, the proven fitness and form of Phillip and Khan in domestic cricket has earned them a return to the squad for the second half of the season. Both had missed the first five matches due to injury.

Khan, the leading bowler for Red Force last season, had missed the matches due to a shoulder injury. However, he took 14 wickets in two matches for his new club, Central Sports, and made scores of 102 not out, 37 and 30.

The T&T team is in fifth place in the six-team tournament on 46.6 points.

Barbados Pride lead the standings with 84.2 points, ahead of defending champions Guyana Jaguars on 60.8 points. They are followed by Jamaica Scorpions on 57.4 points and Windward Islands Volcanoes on 50 points. Leeward Islands Hurricanes are at the bottom of the table with 32.6.