Wolmer’s Girls want to be back in the top 10 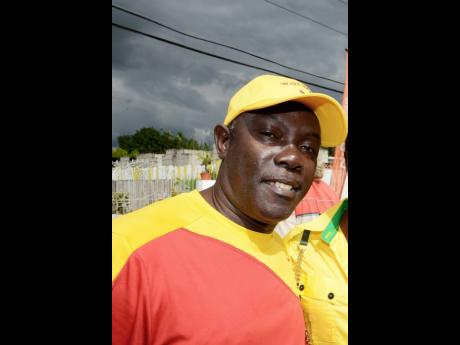 After 23 years in the top 10 of the ISSA/GraceKennedy Girls' Athletics Championship, Wolmer's High School for Girls finished 15th last year. The head coach Michael Carr told STAR Sports that the aim this season is to get back in the top 10.

Carr gave three reasons for his team's below par performance last year. "It was definitely a lack of talent, a lack of the right attitude, and a lack of discipline in many ways," he said.

But the experienced coach, who has been at Wolmer's for more than 30 years, was able to take a step back after the disappointment. "Nothing lasts forever. There are times when you have to go down to come back," he said.

This year, he has taken action to ensure improvement. "We had to do what we call housecleaning, to get out the negative energy. I think we have done that and it is showing in our performances now," Carr explained.

He also said he is now happy with the athletes' state of mind.

"What is good is that the girls didn't like how they performed last year. So the whole team had the ambition to do better this year," coach Carr mentioned.

This season, Carr is counting on some of his athletes to help the team get back in the top 10. "We have Wolmerians doing very well this year," he stated. Carr highlighted Class Two high jumper Malaika Cunningham, Class Four sprinter Aleyah Malcolm, who he thinks can get in the final but might not be good enough to go on the podium this year.

"And we have a little surprise coming in the hurdles in Class Four in Kendra McKenzie. She has big potential and I say that with no apology. I speak with confidence," Carr declared.

In terms of 4x100m relays, Carr believes Class 4 can reach the final and Class 3 and 2 will be competitive. His Class 1 team, however, doesn't have enough girls competing.

Carr is determined to honour the high school's rich history. "Our camp produced Shelly-Ann Fraser, Jonielle Smith and Janeek Brown. These are three athletes who were on the World Championships team in Doha," Carr said. "We will keep helping young adults to be the best they can be through sports and through education because that's what we do as coaches," he added.