‘Everybody loved Irvino’ - Michael English: It is a tough loss for the family 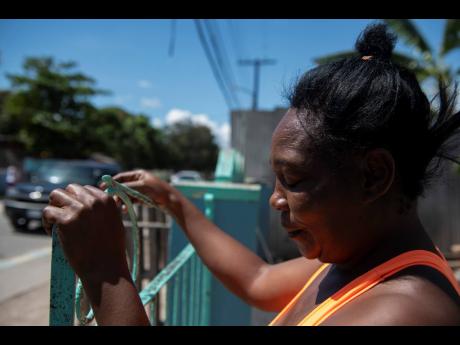 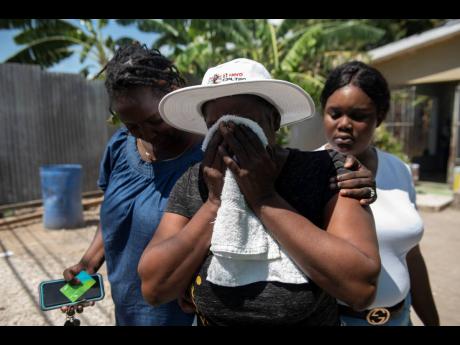 Marjorie Powell (centre) is overcome with grief as she mourns the loss of her son Irvino English, a former national football player. Powell is consoled by Tina Palmer (left) and Alicia Breakenridge. 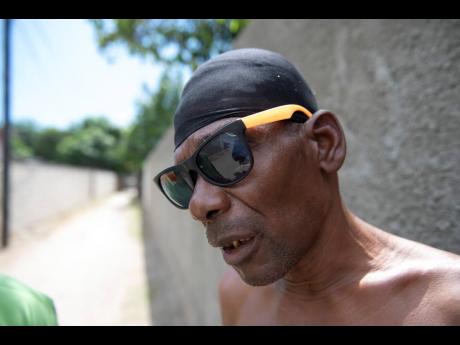 As he desperately tried to hold back the tears, Michael English, uncle of slain former national footballer Irvino English, hailed the midfielder as a community hero in Waterhouse.

The 42-year-old English was shot on Ashoka Road in Waterhouse, St Andrew by a gunman on Wednesday evening. He received multiple bullet wounds to his upper body and was pronounced dead at the Kingston Public Hospital.

He represented the national senior men's team on five occasions between 2001 and 2002.

English also had an outstanding high school football career. He helped Norman Manley High win the Manning Cup title for the first time in 1996 before representing Waterhouse for more than a decade in the National Premier League competition.

"He had five caps for the Reggae Boyz and so he did well and we around here loved him for that because he is the only Reggae Boy from Ashoka Road," said his uncle.

"He is our maestro and we love him the same way like how we love Shelly-Ann Fraser-Pryce because they are our heroes from Ashoka Road," Michael English said.

"Everybody loved Irvino especially when he was playing for Waterhouse because I don't miss any of his matches," he said.

Michael English, who said he was standing close to Irvino when he was killed on Wednesday, added that his family is devastated by his demise.

"It is a tough loss for the family because he is my loving nephew and we will miss him around here. He shouldn't go down so because him never get a chance to even defend himself," he said.

"Him dead right near my gate and I was there and I just stand up looking because I couldn't do nothing about it," said English.

"I feel it and I am shaken up because all now I don't sleep or even eat and the whole family is devastated and in shock about it," he said.

After his retirement from playing, Irvino began a coaching career. He was, at the time of his death, an assistant coach at both Wolmer's Boys School and Red Stripe Premier League team Arnett Gardens.