Pollard: We were very poor 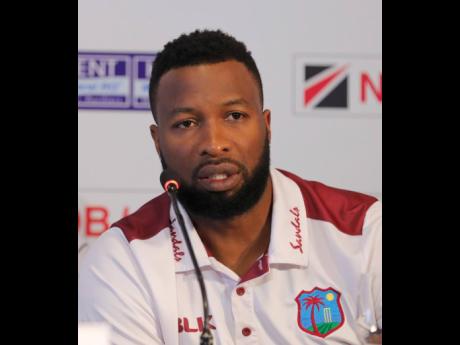 Captain Kieron Pollard has slammed West Indies' performance in Wednesday's second One-Day International as "pretty, pretty poor" and has taken full responsibility for the manner of defeat which saw them concede yet another series on Sri Lankan soil.

The Caribbean side produced a lacklustre effort in the field as Sri Lanka piled up 345 for eight off their 50 overs, courtesy of hundreds from Man-of-the-Match Avishka Fernando (127) and Kusal Mendis (119).

Facing a difficult run chase, West Indies rolled over with hardly a whimper, bundled out for 184 in the 40th over, to suffer a 161-run defeat - their heaviest ever to Sri Lanka.

Getting a few wickets

"It was the sort of start we were looking for, getting a few wickets early but I think after that it all went pear-shaped," a despondent Pollard said following the defeat.

"It started with me, that catch off Kusal Mendis - it would have been three wickets down and then after that I don't think we stuck to the plans long enough. Overall, we were outplayed by Sri Lanka.

Mendis was put down on two at first slip by Pollard in the third over off pacer Jason Holder and went on to post his second ODI hundred.

Along with Fernando, Mendis helped post a record 239-run third wicket stand, capitalising on loose Windies bowling to take command of the contest at the Mahinda Rajapaksa International Cricket Stadium.