No final decision yet on CARIFTA Games 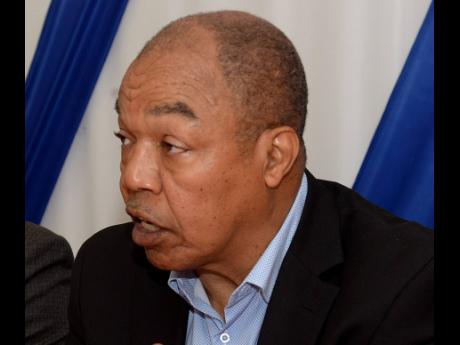 Jamaica Athletics Administrative Association president Dr Warren Blake says that the 2020 CARIFTA Games is in doubt as the coronavirus continues to spread across the region.

Blake's comments came as the country takes measures to combat the virus which has confirmed two cases on the island. Since the announcement of the first cases on Tuesday, Guyana, St Vincent and the Grenadines and Cuba have announced cases of the virus increasing the countries in the region to seven. The games were expected to begin next month in Bermuda but the latest developments have put the meet in doubt. Blake said that he was in contact with officials in Bermuda as well as attempting to contact North American, Central American and Caribbean Athletic Association (NACAC) president Mike Sands. He believes that the meet could be either delayed or cancelled.

"I have spoken to the people in Bermuda and I am trying to get in touch with the president of NACAC and it is a possibility that they may contemplate either moving or cancelling CARIFTA. They haven't made a final decision," Blake told STAR Sports. Antigua and Barbuda became the first country to withdraw from the games on direction from their Government which was confirmed by their sports minister Daryll Matthew. The JAAA met on Wednesday to select the final team for the games and Blake said a decision on whether to follow Antigua and Barbuda's lead will soon be taken.

The Jamaican Government has already taken the decision to bar high schools from competing in this year's Penn Relays in Pennsylvania as well as cancelling the ISSA/GraceKennedy High School Boys and Girls Track and Field Championships. With the Government discouraging public gathering and permits for events being revoked for 14 days, sporting events across the island have been forced to postpone activities for this weekend. Among those included are all Inter-Secondary School Sports Association (ISSA) tournaments, Red Stripe Premier League and KSAFA Major League football, and this weekend's racing at Caymanas Park.