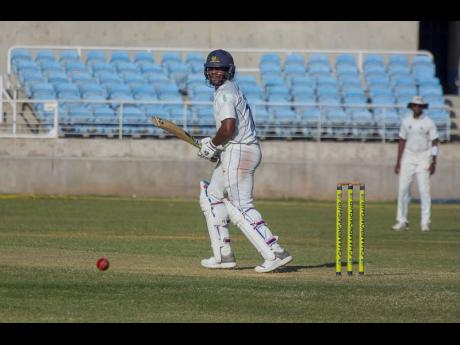 Barbados Pride have virtually sewn up the regional first-class title after opening up a 40-point lead at the top of the standings, following their crushing win over reigning champions Guyana Jaguars last weekend.

Playing in the eighth round at the Guyana National Stadium, Pride pulled off an emphatic 235-run win inside three days last Saturday to move to 134.8 points and all but assure themselves of the title.

The championship has been suspended for the next 30 days after Cricket West Indies halted all of its competitions due to the coronavirus pandemic which has hit the region.

For Pride, the victory was their sixth in eight games and came after they suffered a shock 147-run loss to Trinidad and Tobago Red Force in the seventh round.

Red Force, meanwhile, kept up their excellent winning form with their second straight victory, after thumping Leeward Islands Hurricanes by an innings and 84 runs inside three days at the Brian Lara Stadium in Tarouba.

The win catapulted the hosts, who have languished near the bottom of the standings throughout the campaign, to second in the tables on 94.6.

For the first time in several seasons, Jaguars find themselves in an unfamiliar place of third in the standings on 91.8 points alongside Jamaica Scorpions.

The Leon Johnson-led unit have been far from their best, with Saturday's defeat their third of the season.

They are now under threat from Scorpions whose innings and 118-run thrashing of Windward Islands Volcanoes vaulted them to 91.8 points.

Volcanoes are fifth on 78 points with Hurricanes continuing at the bottom on 52.5 points from a single victory.

Two rounds are left to be played in the championship when it resumes and teams can collect a maximum of 48 points.