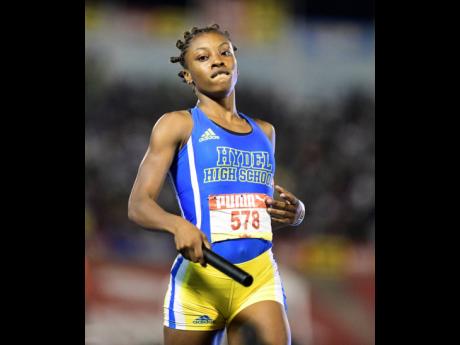 Due to the threat posed by the coronavirus, 22 Jamaican track and field athletes missed the chance to compete for coveted honours last weekend. The opportunity was removed as the National Collegiate Athletic Association (NCAA) cancelled its Division 1 National Indoor Championships, set for March 13-14 in Albuquerque, New Mexico. Among those affected are seven Jamaicans in their final year of NCAA eligibility.

The cancellation forestalled a potentially notable Jamaican showing in the horizontal jumps. Seniors Jordan Scott, a Campion College graduate now at the University of Virginia, and O’Brien Wasome, the former Jamaica College captain who studies now at the University of Texas, won the triple jump in 2019 and 2018, respectively. Their rivals would include long jump favourite Carey McLeod, who finished his high school career at Kingston College. Now at Texas Tech, McLeod has bounded 8.19 metres in the long jump.

Others to miss out

St Lucian sprint hopeful Julien Alfred was heading to Albuquerque as the best of an exciting 60-metre field. Now at Texas, the former St Catherine High School speedster is the fastest college athlete of the year with clockings of 7.10 and 7.12 seconds, respectively.

Alfred was picked to win by the respected US publication Track and Field News.

A March 12 statement from the NCAA extended the decision to championships contested later in the year. “Today, NCAA President Mark Emmert and the Board of Governors cancelled the Division I men’s and women’s 2020 basketball tournaments, as well as all remaining winter and spring NCAA championships. This decision is based on the evolving COVID-19 public health threat, our ability to ensure the events do not contribute to spread of the pandemic, and the impracticality of hosting such events at any time during this academic year given ongoing decisions by other entities,” said a release on the organisation’s website.