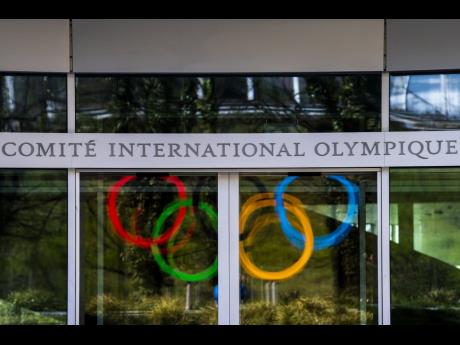 The Olympic Rings are displayed at the entrance of the IOC, International Olympic Committee headquarters during the coronavirus disease (COVID-19) outbreak in Lausanne, Switzerland, Tuesday, March 24, 2020. (Jean-Christophe Bott/Keystone via AP)

TOKYO (AP) — The IOC announced a first-of-its-kind postponement of the Summer Olympics on Tuesday, bowing to the realities of a coronavirus pandemic that is shutting down daily life around the globe and making planning for a massive worldwide gathering in July a virtual impossibility.

The International Olympic Committee said the Tokyo Games “must be rescheduled to a date beyond 2020, but not later than summer 2021, to safeguard the health of the athletes, everybody involved in the Olympic Games and the international community.”

It was an announcement seen as all but a certainty as pressure mounted from nervous athletes, sports organizations and national Olympic committees — all confronting the reality that training and qualifying schedules, to say nothing of international anti-doping protocols, had been ruptured beyond repair.

The decision offers a sense of relief for athletes, who no longer have to press forward with training under near-impossible conditions, unsure of when, exactly, they need to be ready — and for what.

The flame will be stored and displayed in Fukushima. Like everything else in the Olympic world, it’s next move will be determined at a later date.