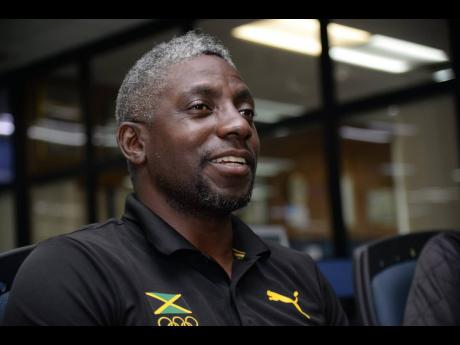 Chairman of the Jamaica Football Rugby Union (JFRU), Jerry Benzwick, says there are no reports that any of the country's United Kingdom (UK)-based players has tested positive for the deadly coronavirus now sweeping the globe.

The UK has recorded 8,227 confirmed cases of the virus. As many as 433 people have died from the disease.

Benzwick told STAR Sports that the country currently has a pool of over 35 UK-based players on its books and so far no one has reported any symptoms of the virus.

"We know that it is prevalent in the UK, but they have taken the necessary steps to keep themselves isolated and out of harm's way as much as possible because we haven't received any reports of any of them falling ill or feeling sick in any way," said Benzwick.

"All our local players are also fine as well because they are staying at home as best as possible and staying safe," he said.

All our players are fine

However, Benzwick noted that like the Olympic Games, he expects this tournament to be postponed until next year.

"We expect a postponement because they are taking this disease very seriously," Benzwick said.

He added that the country is scheduled to participate in the Regional Championships in November and all players are already looking forward to it.

"They know that once things get back to normal then they will have a lot of activities including preparing for the tournament in November," he said.

The World Rugby Under-20 championship scheduled for June 28-July 18 in northern Italy has been cancelled after discussions with the Italian Rugby Federation.