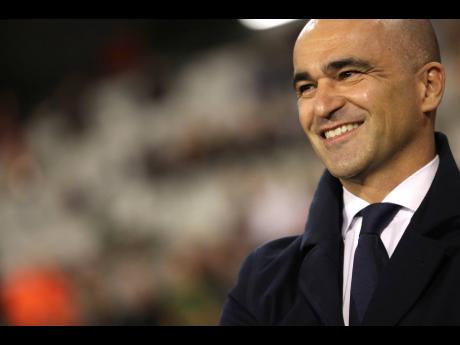 Roberto Martinez signed a new contract to lead Belgium through the 2022 World Cup in Qatar, saying yesterday he had "unfinished business" with the top-ranked national team following the postponement of this year's European Championship.

Martinez took charge in 2016 and led Belgium to the World Cup semi-finals in 2018 in his first major international tournament as a head coach. His team has been No. 1 in the FIFA rankings since the end of 2018.

With its generation of brilliant players, including Eden Hazard and Kevin De Bruyne, Belgium would have been among the favourites for Euro 2020 but the tournament has had to be pushed back a year because of the coronavirus outbreak.

Martinez's deal was due to expire this summer but he said he had no hesitation extending it.

"It would have been a real shame to break that relationship before the Euros can be played," the 46-year-old Spanish coach said in a virtual news conference.

"It was a process of feeling that the job wasn't finished," he added. "Almost a feeling of unfinished business."

A former coach at Premier League teams Everton and Wigan, Martinez now has an all-embracing role with the Belgian federation because he has doubled up as its technical director since November 2018. He will continue in that position until after the 2022 World Cup, too.