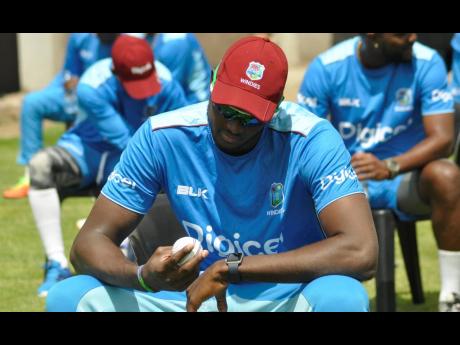 The country is still under an emergency curfew from 8 p.m. until 5 a.m. with sporting activity still barred but the 13-man group, headed by Test captain Jason Holder, has been given permission to train at Kensington Oval behind closed doors throughout the week.

Practice sessions, which will entail all three primary skills, are scheduled to last about one and a half hours.

The uncapped quartet of Shayne Moseley, Chemar Holder, Keon Harding and Kyle Mayers are also among those named in the 30-man list.

Barbados has reported 92 cases of COVID-19 and seven deaths.

Both are expected to be among the final 25-man squad for the three-Test series which, if it comes off, will begin July 8.

Cricket West Indies chief executive Johnny Grave said last weekend that the regional governing body was still in discussion with its English counterpart, the ECB over the tour, but would need to conclude negotiations "by the start of June" in order to put travel and other arrangements in place.

The final squad is expected to assemble in Antigua and then fly to England by private charter. On arrival in the United Kingdom, they will be quarantined for two weeks before entering a "bio-secure" facility at the stadium which hosts the first Test.

"The players would be in a very, very secure ... very, very isolated environment for the first two weeks in quarantine, and then they move into the bio-secure Test venues," Grave said.

"Everyone that they come into contact [with] would be in a restricted bubble, therefore, not able to leave, and all of them would have been tested prior to coming into that environment and would continue to undergo random testing while they are there."

If the series comes off, it will be the first international tour to take place in nearly three months since the virus forced the cessation of cricket globally.