Wins for Caribbean pair at Assiniboia 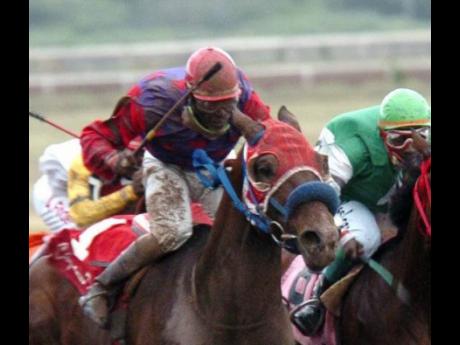 Jamaican Neville Stephenson and Trinidadian Stanley Chadee Jr produced winners as they made their presence felt on the curtain-raising card of the new season at Assiniboia Downs here Monday.

In the first horse racing action in Canada since authorities last week eased lockdown restrictions aimed at curbing the spread of the COVID-19 pandemic, Stephenson paired with 3-1 chance Flat as a Pancake to win race two while Chadee piloted hot favourite Miss Imperial to victory in race three.

The six-race card went ahead at the western Canada oval behind closed doors - a feature which will continue for the duration of the four-month season - but spectators will still be able to watch and bet online.

"Without fans present, people are going to be able to watch and wager on their mobile device, their tablets, their home computer," said Assiniboia Downs' chief executive, Darren Dunn.

After finishing last in a five-furlong sprint in race one with the field's longest shot Browfield, Stephenson turned it around quickly, combining with the brown filly Flat as a Pancake to beat the three-year-old maiden fillies by 61/4 lengths.

In another five-furlong dash, Stephenson out-hustled Bye Y'all, ridden by Barbadian Antonio Whitehall, to lead through the first quarter in 23.20 seconds before opening up a near two-length lead at the halfway stage.

Once Stephenson set the filly down for the drive, she opened up to pull away from the field, with Bye Y'all running a distance second.

Chadee also made all the running with four-year-old Miss Imperial to beat the three-year-old and upward fillies and mares by three-quarters of a length.

The season runs until September 15.