Serie A gets green light to resume 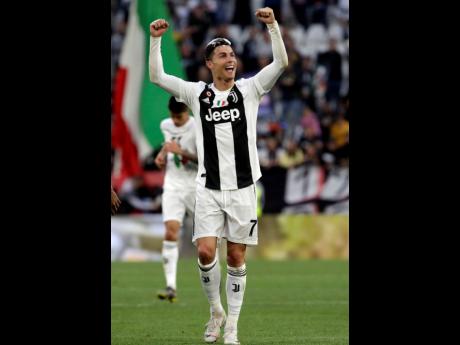 Italy's Serie A is set to resume on June 20. Sports Minister Vincenzo Spadafora gave the league the all-clear to resume yesterday, although it will have to wait a week longer than it had initially hoped.

Spadafora held a meeting with Italian football authorities by video conference after a medical protocol for matches was approved.

"The meeting was very useful," Spadafora said. "Now Italy is starting again and it is right that football starts again too.

"If the curve changes and the league has to be stopped again, the Italian federation has assured me that there exists a plan B -- play-offs -- and also a plan C -- leaving the standings as they are."

Serie A has been suspended since March 9, when the government ordered a nationwide lock down because of the coronavirus pandemic.

The league's 20 teams agreed earlier this month to resume competition on June 13 in empty stadiums. But, following a government decree days later banning sports until June 14, the Italian soccer federation swiftly announced that it would comply. However, it had hoped for special dispensation.

"The league will restart June 20," Spadafora said. "There's then the possibility that the Italian Cup semifinals and final can be played on June 13 and 17."

The first legs of the semifinals had already been played before the lock down, with AC Milan drawing 1-1 against Juventus and Napoli winning 1-0 at Inter Milan.

The medical protocol is similar to that for team training, meaning that if one person within the group -- player or staff -- tests positive for COVID-19 the entire group must go into a retreat for 14 days.

There are 12 rounds remaining in Serie A, plus four matches that were postponed from the 25th round.