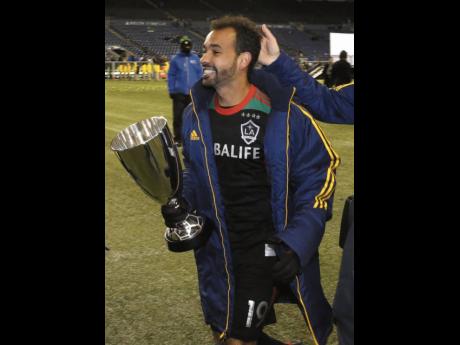 Veteran Brazilian midfielder Juninho has retired with the LA Galaxy.

The 31-year-old Juninho spent the most memorable days of his professional career with the Galaxy, making 189 appearances and scoring 18 goals. The Galaxy won the Supporters' Shield in 2010 and 2011 and the MLS Cup title in 2011, 2012 and 2014 with Juninho playing a midfield role.

Juninho left the Galaxy in 2016 for Club Tijuana and the Chicago Fire before returning to the Galaxy last season. The Galaxy declined its 2020 contract option on Juninho in late 2019.

Juninho had 19 goals and 25 assists in 210 career MLS appearances.