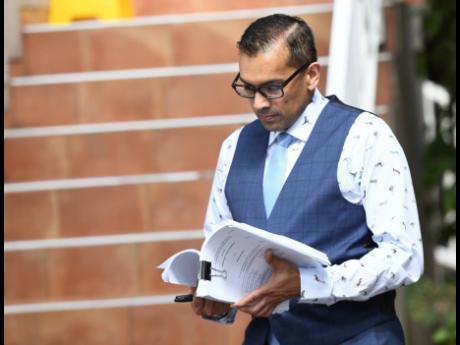 Counsel Jason Jones, representing the Trinidad and Tobago Football Association (TTFA), has praised the ruling rejecting FIFA's request to refer their legal dispute to the Court of Arbitration for Sport (CAS) yesterday.

The decision, handed down by Trinidad and Tobago's (TT) high court Justice Carol Gobin, now gives the country jurisdiction in the case between the parties. This means that the dispute regarding the election of Trinidad and Tobago's football executive and the subsequent implementation of FIFA's normalisation committee to oversee the former's affairs, will be decided in the country's high court.

Jones is among a legal team with Dr Emir Crowne, Crystal Paul, and Matthew Gayle representing the TTFA in the matter. He says that the decision respected the authority of the local process.

"The ruling of the Honourable Madam Justice Gobin is undoubtedly an important decision, in that it sets a precedent that is rooted in the utmost respect for local courts in matters of sports governance and sporting affairs,"Jones told STAR Sports.

The matter stems from FIFA's implementation of the committee in March, effectively dissolving the TTFA executive board led by President William Wallace, who was elected in November. FIFA said that the committee was formed because of TTFA's poor financial situation which they claimed to have discovered while on a fact-finding mission with Concacaf and an independent auditor.

But the TTFA claimed in May that the reason for the intrusion is to mask the failings of the outgoing administration who is responsible for the financial problems.

Lawyers representing the TTFA sought for mediation in June to resolve the issue, but FIFA withdrew from proceedings, requesting the matter be referred to the CAS and not recognising the local court's process in this matter.

"FIFA does not and will never accept the jurisdiction of a local court in Trinidad and Tobago to decide on the legality of the appointment of the Normalisation Committee currently appointed to run football in the territory," FIFA said in a statement in July.

However, Jones said that because the association was created by an act of parliament in the country, the association has the right for the case to be heard in the local court.

"If the parliament of Trinidad and Tobago intended that the TTFA were to be deprived of access to local courts in any of its disputes with FIFA, it would have done so in very clear terms," Jones said. "The decision of the honourable court today confirms that this is simply not the case."

The ruling also denies FIFA's request for a stay of proceedings and they will have 21 days from now to file their defence. Additionally, FIFA is required to pay the TTFA's legal fees.