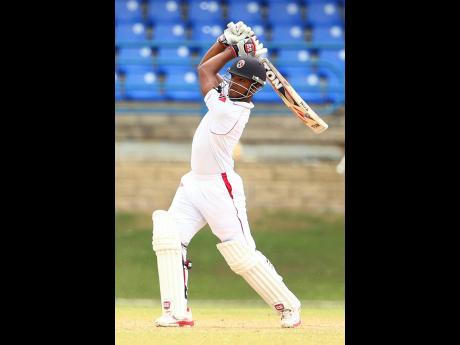 Following decent starts in recent innings but failing to carry on, the left-hander hit a sparkling 77 off 37 deliveries, but Kings XI failed in their quest to overhaul 202 at the Dubai International Cricket Stadium, ending on 132 all out with 19 balls to spare.

Amid the poor showing, Pooran belted five fours and seven sixes to be one of just three batsmen in double figures and the only one to pass 11.

Afghan leg-spinning sensation Rashid Khan, who turned out for Barbados Tridents in the recent Caribbean Premier League, helped to rip the innings apart with three for 12 from four excellent overs.

Englishman Jonny Bairstow had earlier agonisingly missed out on three figures when he fell for 97, putting on 160 for the first wicket with Australian David Warner, who made 52.

Opting to bat first, Hyderabad were propelled by Bairstow, who stuck seven fours and half-dozen sixes off 55 deliveries, and Warner, who counted five fours and a six in a 40-ball supporting knock.

They both eventually fell in the 16th over to 20-year-old leg-spinner Ravi Bishnoi (3-29), and Sunrisers then lost six wickets for 41 runs in the last five overs.

In reply, Kings XI were tottering on 31 for two in the fifth over until Pooran arrived at number four to attempt a rescue mission.

The Trinidadian, who celebrated his 25th birthday a week ago, dominated a 47-run, fourth-wicket stand with Australian Glenn Maxwell (7), keeping Kings XI in the hunt at the halfway stage on 96 for three.

Pooran exploded in the ninth over of the innings sent down by leg-spinner Abdul Samad, smashing the 18-year-old for fours sixes and a four as the over leaked 28 runs.

However, once Maxwell departed at the end of the 11th over, Kings XI lost their last seven wickets swiftly for just 27 runs in the space of 35 balls.

Pooran was the seventh to fall in the 15th over, caught at backward point off Rashid Khan, with Kings XI all but out of contention.