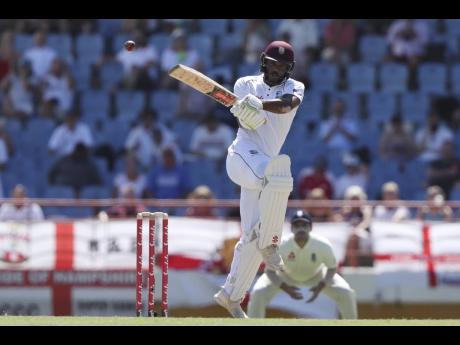 Former West Indies opener, Philo Wallace, has branded as "weak" the Test team chosen for the New Zealand tour, and has especially criticised the inclusion of opener John Campbell in the 15-man squad.

Wallace, who played seven Tests and 33 One-Day Internationals between 1991 and 2000, said selectors had rewarded players for their mediocrity, especially on the recent tour of England, and had not made the necessary changes to challenge the Black Caps.

"We picked the same batsmen that came here to England and we're sending them to New Zealand, and we're saying that New Zealand is going to be a bit tougher," Wallace told StarCom Radio's Mason and Guest cricket show from London.

"Now, how are we going to get these guys to perform? These guys have no confidence and the selection panel has gone back with the same guys tried and tested.

"John Campbell came back from a tour of England and said he was at bits and pieces with [James] Anderson. Now if you were at bits and pieces with Anderson and ... you have not taken a third opener ... how are these guys being selected? On performances or stats? Because you have to dig deep sometimes and make hardcore decisions on West Indies cricket.

"There are some players out there who are biting at the bit to get a play and you are rewarding men for mediocre performances. They failed in England.

"They had all the opportunities in England. The board (Cricket West Indies) sent them up there a month before, they played wonderfully well in the first Test match and they messed it up in the second and the third, and you're going to reward men for mediocre performances on a tougher tour down to New Zealand."

Campbell managed only 84 runs from six innings at an average of 16 on the England tour.

The Jamaican has, however, played only nine Tests since making his debut last year on England's tour of the Caribbean, and averages 25 overall with a single half-century.

Shai Hope, who also struggled against England averaging 17, was the only major change as selectors retained the core of the group.

The Windies have not won a Test series on New Zealand soil in 25 years.