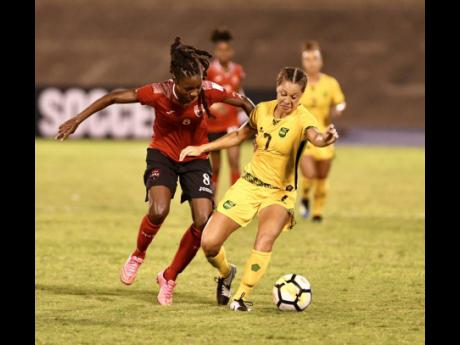 Trinidad and Tobago (T&T) are free to return to international football.

The sport's World governing body, FIFA, lifted its suspension of the Trinidad and Tobago Football Association (TTFA) with immediate effect on Thursday.

The lifting of the suspension was confirmed by a letter to the TTFA from FIFA general secretary, Fatma Samoura.

She said the recent decision of the T&T Court of Appeal to reverse the ruling of High Court judge Carol Gobin against FIFA, and the recognition of the FIFA-appointed normalisation committee by members of the TTFA, led to the decision to reinstate the two-island republic.

"Under these circumstances, the bureau decided yesterday to lift the suspension of the TTFA with immediate effect," she said in the letter.

"This means that all of the TTFA's membership rights have been reinstated, as defined in Article 13 of the FIFA Statutes, with immediate effect."

"This also means that the TTFA may benefit from development programmes, courses and training provided by FIFA or the Confederation of North, Central America and Caribbean Association Football (Concacaf), or both."

The TTFA was suspended by FIFA this past September, after the executive at the time, led by William Wallace, took the World governing body to court over its decision to appoint a normalisation committee, headed by business executive Robert Hadad, to temporarily manage the sport in the two-island republic.

FIFA claimed the TTFA, under Wallace's leadership, "had engaged in various acts of serious mismanagement".

The World governing body said it "found that extremely low overall financial management methods, combined with a massive debt, have resulted in the TTFA facing a very real risk of insolvency and illiquidity".

At the time, FIFA said "such a situation is putting at risk the organisation and development of football in the country and corrective measures need to be applied urgently".

The suspension had put in jeopardy the Soca Warriors' participation in qualifying competitions for the 2021 CONCACAF Gold Cup and 2022 FIFA World Cup.