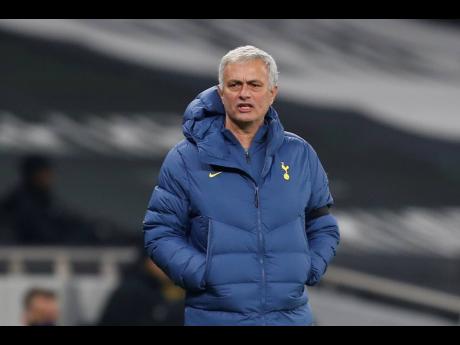 English Premier League (EPL) leaders Tottenham were drawn to play eighth-tier Marine in the third round of the FA Cup in the biggest mismatch in the history of the world's oldest football competition.

It is already being labelled 'Marine vs Mourinho'' with Tottenham manager Jose Mourinho set to take his team to Merseyside for a match against an opponent whose league is on hold because of the national lockdown.

Marine play in the Northern Premier League North West and is in the FA Cup third round for just the second time after scoring a winner in the last minute of extra time on Sunday.

With Tottenham top of the Premier League under Mourinho after 10 games, it will be the biggest-ever gap between two clubs in the third round of the FA Cup, a competition first played in 1871.

The part-timers of Chorley, one of three other non-league teams who will be in a round where the clubs from the Premier League and second-tier Championship enter, was drawn against Derby County -- a side being managed temporarily by former England and Manchester United striker Wayne Rooney. Chorley have never made it this far in the competition.

Stockport, which play in the fifth tier, was drawn at home to West Ham.

The matches will be played from January 8-11.