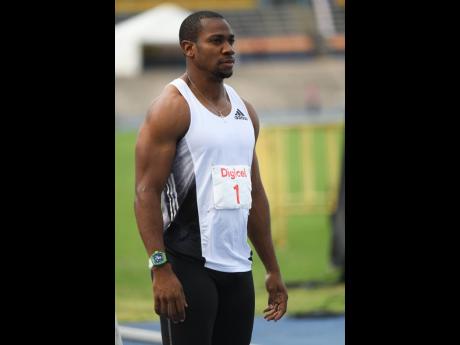 Former world 100m champion Yohan Blake says he is very determine and focus to securing his first individual gold medal in the 100m event at next year's Olympic Games, which is scheduled for Tokyo, Japan.

Blake, who has been hampered by a series of hamstring injuries for almost a decade, said his training has been going well so far at his new club the Titans because he is now fully fit.

"Coach Gregory (Little) and other coaches have the programme right where they want it to be, and so I am just hoping that everything goes according to plan," said Blake.

Blake underscored that he is feeling much better within himself, compared to previous years, and so he is hoping to do well at the Olympic Games.

"Over the years, strength and conditioning has been problem for me coming back from my injuries and now that I am over all my injuries," Blake said.

"I always said that this is going to be my last Olympics because to wait every four years, it is not easy," he said.

"I am looking forward for 2021 because I have been working for that. I need that individual Olympic gold, but I am not putting any pressure on myself, and so I just want to go out there and enjoy what I do and just make Jamaica proud," Blake stated.