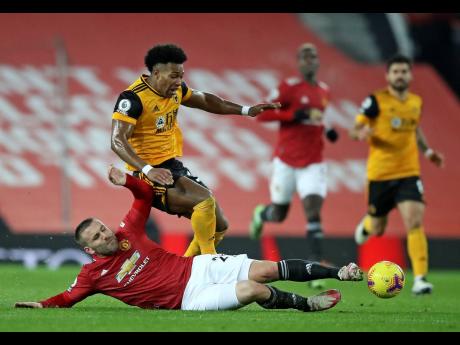 Coronavirus outbreaks at English football clubs have raised concerns about games continuing, with the highest number of cases reported across Premier League clubs in a single week - reflecting a sharp rise in infections across the country.

There were 18 positives after 1,479 tests on players and club staff from December 21-27, the Premier League said yesterday.

Sheffield United followed Manchester City in announcing an outbreak of virus cases at the club with players and backroom staff testing positive, but their game against Burnley was still played yesterday.

"I want to play, that's how it is - we are not looking to get anything canned," Sheffield United manager Chris Wilder said ahead of kick-off. "It's not an ideal situation but we are not in a club of one. It's picking up and running through football clubs."

Southampton manager Ralph Hasenhuttl missed yesterday's game against West Ham after a member of his household tested positive for COVID-19. Southampton said Hasenhuttl will begin self-isolating "while we assess the situation further".

The league was testing players and staff twice a week last season, but reduced that to once a week this campaign. However, after the government expressed concerns two weeks ago about a new, more transmissible variant of the virus that was first identified in southeast England, clubs around London started testing twice weekly again.

The previous highest number of coronavirus cases after weekly testing in the Premier League was 16 last month.

The first wave of the pandemic led to the Premier League being paused from March to June last season. This season had been spared disruption since it began in September until two games were called off this month, which will spark concerns about the need for more postponements or a break in the competition.