Morrison on the move again 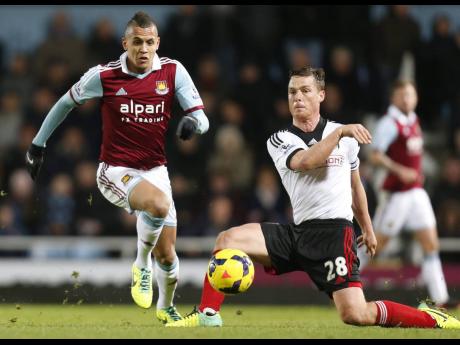 National midfielder Ravel Morrison is once again looking for another club as his four-month stint with Dutch outfit ADO Den Haag has ended.

The club announced on Saturday that the Manchester United academy product left the club by mutual consent upon completing half of his one-year stay in Holland after signing for the club last September.

"The roads of ADO Den Haag and Ravel Morrison will separate immediately," the club said in a statement. "ADO thanks Morrison for his efforts and wishes him the best of luck in his further career."

The 27-year-old Morrison only managed to make four league appearances, which included one start on November 11 in their 6-0 defeat by Sparta Rotterdam. He had earlier made his long-awaited international debut for the Reggae Boyz in their two-match series against Saudi Arabia late last year when he came on as a substitute in the 3-0 defeat on November 14, and started in the 2-0 win on November 17. His last appearance for the club was last month in their 2-0 loss to PEC Zwolle.

Morrison, once again a free agent, will be exploring options in the January transfer window and is reportedly on the verge of signing with his 12th club, according to his agent. He has not found a stable home since leaving Manchester United in 2010 with stints in the various tiers in England, Sweden, Italy and Mexico. He made a return to the English Premier League (EPL) in 2019 when he signed a one-year deal with Sheffield United, but his contract was not renewed after only one league appearance and he joined English Championship side Middlesbrough mid-season that year.