Craig bans Kyle from his house 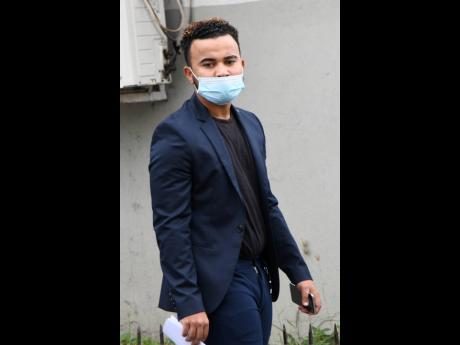 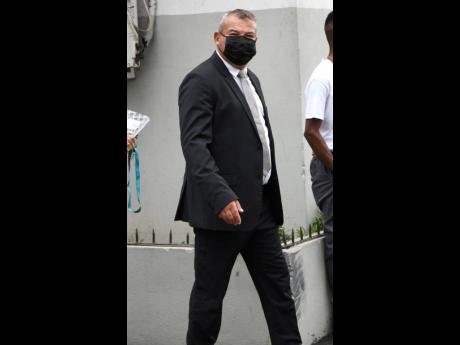 Craig Butler gazes at reporters as he walks out of the Half-Way Tree Resident Magistrate’s Court yesterday. 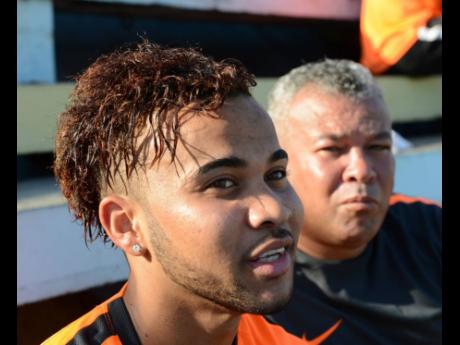 File Kyle and Craig Butler are pictured in happier times at the Waterhouse Football Stadium on December 22, 2017.
1
2
3

Tom Tavares-Finson, Kyle Butler's representation in the family assault feud with dad, Craig Butler, which was mentioned in the Half-Way Tree Resident Magistrate Court yesterday, rubbished claims from the senior Butler that his client has been taking 'illegal vices' into his household.

At yesterday's hearing, which was referred for mediation and set to return to court on March 11, Kyle requested access to his father's residence to retrieve personal possessions such as passport, drivers licence and clothing items.

But Craig told the court that, "Certain illegal vices were found in the house and he (Kyle) knows that he is not to bring these things there and I will not subject my family to these things anymore. I will not allow Kyle near my family ever," he stated.

But Tavares-Finson simple stated afterwards that the senior Butler's claim "it's rubbish", without commenting any further.

It was also decided that one of Kyle's sister, also Craig's daughter, who currently resides with the father, will check for any items belonging to the former national youth player and turn it over to him, and opposing council, Christopher Townsend, was pleased with this outcome.

"We have found a middle ground. The sister will take the items from the house.

"But his father is quite concerned that if he comes inside of the premises things might happen that they may not want to happen, so the sister will take the things if he has anything there, and provide him with it," Townsend commented.

Meanwhile, a gag order was placed on both parties, restricting them on making posts on the matter in social and mainstream media.

Senior parish magistrate Cole Montaque also ruled that the court assist in mediating the matter because of the strong tensions between the pair that was obvious throughout the proceedings.

"The judge recognises that there is some need for professional intervention. So I am very pleased with the approach of the judge. Hopefully, we can resolve the issue," said Tavares-Finson.

Townsend also had no issue with this decision, even though the parties had already agreed on a mediator. But based on the stand-off between the two, he thinks it is going to take some effort to reach a resolution.

"We return on the 11th of March but we anticipate there will be mediation before that and several rounds of mediation will be needed, as it appears that things have been going awry for some time now," he said.

Both were inseparable before a physical incident between them on November 30 at Mona High School at a Phoenix Academy training session.

The two then filed assault charges against the other, and since then all efforts to resolve the matter out of court have failed.