Man Utd and Liverpool to meet in FA Cup fourth round 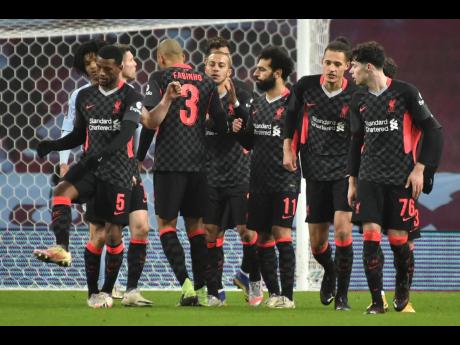 Manchester United are drawn to host Liverpool in the fourth round of the FA Cup, pitting English football's two biggest teams against each other.

It means the fierce rivals will meet on successive weekends, with Liverpool hosting United in the Premier League on January 17, followed by their FA Cup match at Old Trafford on January 23 or 24.

They are currently the top two in the Premier League. Between them they have won 19 FA Cups.

Another highlight of yesterday's FA Cup draw was sixth-tier Chorley, which stunned second-tier Derby in the third round on Saturday, getting a home match against Wolverhampton Wanderers of the Premier League.

Manchester City and Tottenham were also given away matches against lower-division sides. City will take on fourth-tier Cheltenham and Tottenham play Wycombe, which is in last place in the second-tier championship.

Defending champions Arsenal must travel to the winner of the third-round match between Southampton and Shrewsbury, a date for which has yet to be decided.

The draw for the fifth round was also made, with United or Liverpool set to host either Doncaster or the winner of Monday's third-round match between fifth-tier Stockport and West Ham.