Resurgent Man United back on top of the Premier League 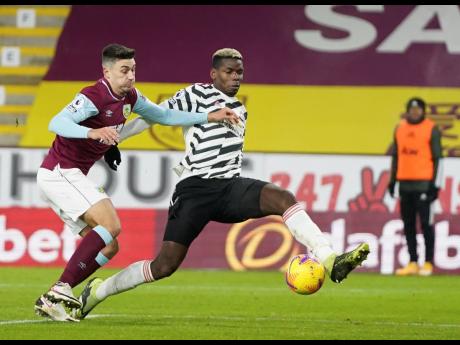 It’s been a long, expensive and often turbulent journey, but Manchester United are back in a place they used to know so well.

Top of the Premier League.

A 1-0 win at Burnley yesterday, secured by a deflected volley from Paul Pogba, lifted United above great rival Liverpool to the summit of England’s top division after 17 games, approaching the half-way point of the season.

The great Alex Ferguson was still in charge the last time United led the standings this deep into a league campaign. That was in the 2012-13 season and Ferguson would go on to lead United to the title in what proved to be his final season as a manager.

Can Ole Gunnar Solskjaer do the same?

The Norwegian said this week that “no one remembers the January league tables” but it didn’t stop him having a look of satisfaction at the final whistle. Quite justifiably, too, given the criticism he has faced in his two years in charge, mostly from those who believe he isn’t qualified to be a manager at this level.

Yet he has done something David Moyes, Louis van Gaal and Jose Mourinho, his three predecessors following Ferguson’s retirement, were unable to do.

United moved into a three-point lead over Liverpool that could immediately be wiped out, with Solskjaer’s side heading to Anfield on Sunday.