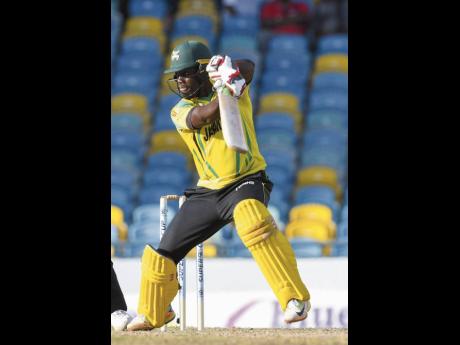 Cricket West Indies says the successful roll-out of COVID-19 protocols for its upcoming domestic tournaments will send a strong message the Caribbean is capable of hosting international engagements during the ongoing global pandemic.

The Super50 Cup is scheduled to be staged in Antigua from February 7-27 while a shortened version of the first-class championship is set for April, with Barbados and Trinidad as the proposed venues.

And with no international cricket staged in the region since January last year, CWI cricket operations manager, Roland Holder, said the success of the upcoming domestic competitions would prove critical.

"We have the Super50 slated for February. If that doesn't come off, it would certainly hamper our international chances because we have proposed a pretty busy summer [of international cricket]," Holder said in a radio interview.

"We have Sri Lanka in March, we have the West Indies [first class] championship in April, then we have South Africa in June, Australia [in] July [and] Pakistan in August so it's a busy, busy summer.

"A lot depends on what is happening regionally as it relates to COVID and how we can produce biosecure bubbles, so it's a work in progress."

He continued: "We're very conscious of the fact that if we don't get these bubbles right, it will cause problems for us to host international matches, hence we're taking every measure to make sure we get this right."

Ireland were the last international side to tour the region before the outbreak of COVID-19 in the Caribbean. The virus subsequently forced the cancellation of the last two rounds of the first-class championship and the postponement of series against South Africa and New Zealand.

The only top tier competitive cricket played in the region since was the Caribbean Premier League which was staged in September in a bio-secure bubble in Trinidad.

Holder, a former West Indies batsman, said CWI were continuing to carry out risk assessments of proposed host venues, with ongoing consultation between its medical advisory committee and the Ministries of Health in the respective countries.

"With the COVID cases throughout the region, a lot depends on what happens with the cases, the risk level etcetera," Holder explained.

"So our medical advisory team continue to provide great support and assistance and they are working with the Ministries of Health in each of the islands we're proposing to play in, to try to work out what can be done to reduce the risk to players and depending on their feedback, then venues are assigned."

He added: "So while we have a proposal for Barbados and Trinidad [to host the first-class championship], it may turn out that may not be possible, similarly with all our schedules so far this season."