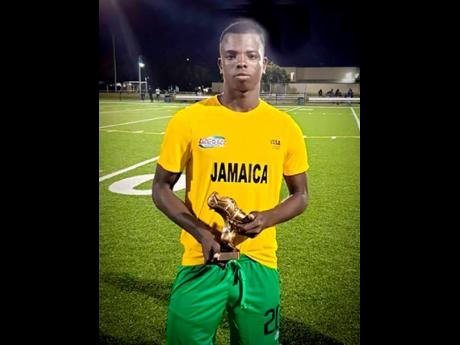 McGrath High School alumnus Peter McGregor may be on the verge of a move to Europe in the near future.

According to a report from Swedish newspaper Aftonbladet, the 20-year-old who helped McGrath to a magical run in the 2019 DaCosta Cup is being courted by Djurgardens IF Football of the Swedish Allsvenskan League, the country's top-flight division.

STAR Sports reached out to the player's agent, Kevin Cowan, who said that they were in talks with a club in Europe but did not confirm whether it was Djurgardens. "I can confirm that we're in advanced discussions with a top-level club in Scandinavia, however, a deal is not yet finalised for McGregor at this time so I'm unable to comment further," Cowan told STAR Sports.

Should the move materialise, it would signal the start of his professional career on a team that featured former Swedish internationals Andreas Isaksson and Kim Kallstrom who went on to play for clubs such as Lyon, Arsenal, PSV and Manchester City and combined. Djurgardens has also won the league eight times and won their only Swedish cup in 2000.

McGregor played a key role in McGrath's 2019 schoolboy football campaign, which saw them reach the DaCosta Cup semi-finals. They lost 3-0 to eventual champion Clarendon College. Additionally, during the offseason, he participated in the CAS/Lauderhill Youth Classic in 2019 in Florida as part of a Jamaican contingent that included both Manning and DaCosta Cup representatives from that year's campaign. McGregor was named the tournament's top scorer netting five goals, four of which were scored in the final.