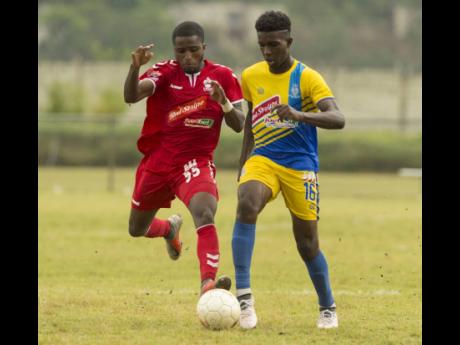 President of the Jamaica Football Federation (JFF), Michael Ricketts, expects the approval for the return of local football to be given very shortly.

Ricketts said recent discussions with Sports Minister, Olivia 'Babsy' Grange, has been extremely positive and he anticipates permission for the sport to restart will be granted in short order.

"I personally had discussions with Minister Grange two evenings ago," he told STAR Sports "And based on her utterances and the conversation, I think everything (for the restart of local football) is now actually in place.

"We are now waiting on ODPEM (Office of Disaster Preparedness and Emergency Management), where the director general (Leslie Harrow) has the responsibility of preparing the no objection document, a document to simply give us the go ahead," he stated.

He added that Grange had promised that she would be making every attempt to fast-track the process and that the federation did not expect to be waiting too much longer for the approval to come.

Have to be patient

"The minister said to me that she is trying to expedite the process, so we just have to be patient. I think the green light is just around the corner," he continued.

"It is incumbent on us to be in the mode so that when we get the green light it will be all systems go. But we are very optimistic and hopeful that in short order we will get the go ahead from ODPEM," he insisted.

Despite the JFF's many failed bids to get the sport restarted, the federation is convinced their protocols would be approved this time around, as a result the JFF competition's department has already gone ahead and put together a fixture for the upcoming season.

"Obviously it will be a truncated competition. But the competition's department is ready. They have already prepared the schedule and we are ready to go and once we get the green light we will hit the track running," he stated.

No football has been played locally since March of last year due to the coronavirus pandemic. Numerous attempts by the governing body to get the sport playing locally again also failed.