Shelton to be laid to rest today 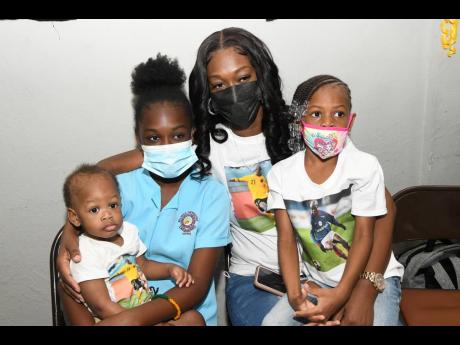 Bobbette Shelton, the widow of Luton Shelton, with their children (from left) King, Lutasha, and Azaria, at the viewing of her late husband’s body at the House of Tranquillity Funeral Home on Orange Street, in Kingston, yesterday. 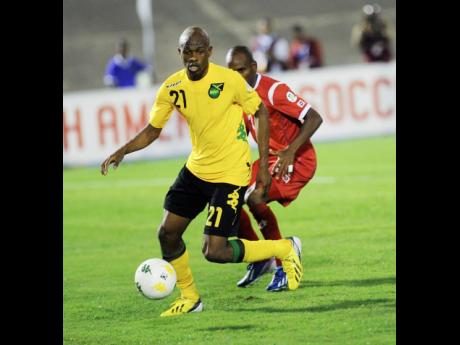 The funeral for late Reggae Boy Luton Shelton takes place this morning in an online service, scheduled to begin at 9:30 a.m. on YouTube.

Due to COVID-19 restrictions, only family members and those who received personal invitations will be allowed at the service physically.

Shelton passed away on January 22 after a prolonged illness with amyotrophic lateral sclerosis (ALS) or Lou Gehrig's disease, an illness that causes the motor neurons inside the spinal cord to die and, over time, causes muscles to degenerate progressively, thus eliminating the ability of a person to move, speak, swallow and eventually breathe.

At yesterday's final viewing of the body at the House of Tranquillity Funeral Home in Kingston, family members, Jamaica Football Federation (JFF) representatives, members of the football fraternity and the general public turned up to get their last glimpse of the country's national senior men's team all-time leading goal scorer.

"We all knew he was ill," Harbour View general manager, Clyde Jureidini, commented. "No one knew the day or the hour but when the time comes, it is an additional hurt," he said.

"He played his game well and we hope he rests in peace."

JFF president, Michael Ricketts, said the federation was still grieving to lose such an iconic figure so soon.

"Let me pay tribute to the work of Shelton. Over the years on the field, he has represented Jamaica well. He has established records and now that he has passed, I want to personally, on the behalf of the JFF, express to his wife and family members the highest level condolences," he said.

"We mourn the passing of an icon, someone who on the field of play always represented us well," he stated.

Shelton's widow, Bobbette Shelton, said the outpouring of love and affection the former player received since it was announced that he was ailing, meant it was only appropriate for the public to get a chance to say their final farewell.

"I am happy that before he passed, he knew exactly how much he was loved. The support has been tremendous and I want to thank everybody from across the world for the support, love and admiration for this prolific footballer," she said.

"I am happy people could get the chance to see him for the last and pay their respect," she stated.

In a professional career spanning nearly 15 years, Shelton played for clubs such as Sheffield United in England, Valerenga in Norway, Helsingborgs IF in Sweden, Karabukspor in Turkey, and his beloved Harbour View locally. He scored 35 goals in 75 international appearances.

He was 35 years old at the time of his passing. He is survived by his mother, widow and four children.