McGregor was an easy pitch to Swedish club – Ferguson 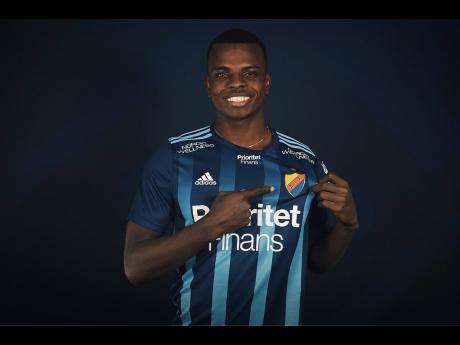 Duhaney Park FC president, Darrington Ferguson, said despite Peter McGregor not even kicking a ball for the club, it wasn't hard to convince his admirers at Swedish premier division club Djurgardens of the forward/attacking midfielder's immense potential.

However, the indefinite delay in the resumption of the sport locally due to the coronavirus pandemic meant the youngster did not get the opportunity to turn out for his new club.

However, Ferguson noted that the European club already knew of McGregor's ability and wanted to have him in their setup.

"He wasn't one of the talk about players in high school, but he possesses everything that a good footballer really needs. They knew of him, so it wasn't hard to land him this contract," Ferguson commented.

"He came to play for Duhaney Park but the COVID-19 delayed the restart of football, so he hasn't even kick a ball for the club.

"It is sad that football is not playing and Mr McGregor did not get an opportunity to play for the club. But the business of football must go on," he continued.

He added that the club is currently on a mission to develop its structure and organisation, and that this is the first major step down that path.

"This is just the beginning of what Duhaney Park will be doing. He is our first professional player. Omar Cummings (the former Colorado Rapids forward, who many consider to be the club's first overseas transfer) went through Rivoli and Duhaney Park never benefited," he disclosed.

"So over the years we have developed great players and have not benefited from the development because the club lacked the structure and organisation, but that is not the case for this player."