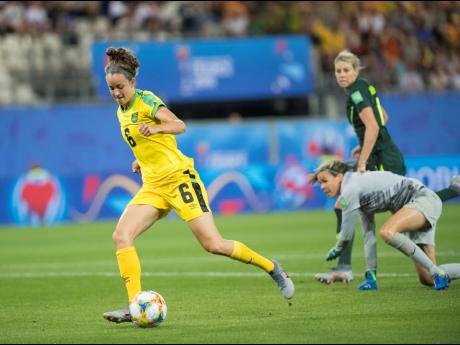 General Secretary of the Jamaica Football Federation (JFF), Dalton Wint, said the association is assiduously seeking international games for the Reggae Girlz ahead of the next FIFA window in June.

The Reggae Girlz, who are scheduled to participate in the FIFA World Cup qualifiers in November, missed out on a chance to compete in this month's FIFA window after they were forced to pull out of a four-team tournament in Basque, Spain, due to travel logistics.

Wint told STAR Sports that the same procedure the federation used to secure matches for the senior men's team will be deployed to ensure that the Reggae Girlz return to the field before the qualifiers.

"The aim is to have games in all the windows leading up to the qualifiers in November," said Wint. "This June window is very important because what we will not let happen, is have the window and don't have a game, and so we are in the marketplace as we speak seeking games for the women."

He continued: "We are seeking top opposition for the girlz because the June window is very important for us, as it will officially kick off the campaign for the Reggae Girlz."

He outlined that the ongoing COVID 19 pandemic and travel restrictions is making it very difficult for the federation to assemble the team for international matches.

"We want the ladies to play games and so we are looking for the best opponents that we can find, but there are a lot of things that will determine who we play," Wint said. "Remember that we are in a pandemic and the travel restrictions are very evident, and that will determine if we have games."

"Depending on us having no restrictions as it relates to travelling, we want to have the travelling members of the team assembly to play at least one game in the next window," he said. "This is something that the technical team and women's committee have discussed, and we have now given that instructions to our international agent to go out and to look for games for us," he said.