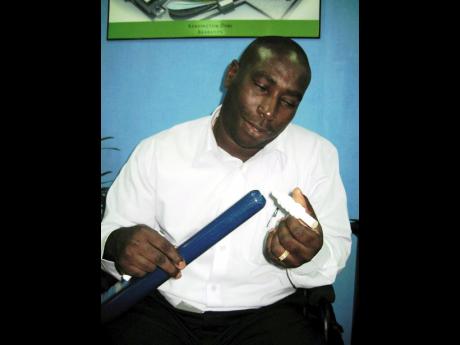 Cricket West Indies (CWI) says the COVID-19 pandemic has created a chaotic situation with airlift, which has forced the regional board to resort to cumbersome routes to get players from their respective territories.

Cricket operations manager, Roland Holder, said that with some borders in the Caribbean still closed and limited flights available, the task of transporting players and officials had become even more difficult and in some cases, more expensive.

"From where we sit, we've had to fly persons through the US to get them into various [Caribbean] countries, whether it's Antigua, whether it's St Lucia," Holder said.

"We've had to fly people through the US. There are almost no flights coming out of Trinidad, so you can't put somebody on an airplane on a daily basis and say 'Hey, you need to get to point A or B' so yes, there are challenges.

"It's more expensive, it's more time consuming. Your journey in some instances will take even longer."

Border closures have become more widespread, not only in the Caribbean but globally, as respective governments have used the measure as part of their overall COVID-19 regulations to combat the spread of the virus.

As a result, CWI has faced a logistical nightmare, and have resorted mainly to the use of charters to move players to tournaments and series.

The major fallout last year at the height of the pandemic was the scrapping of the entire international home schedule, resulting in massive financial losses for CWI.

However, the regional governing body managed to stage the Super50 last February and also host Sri Lanka for a full series, with both events hosted in Antigua.

West Indies are now poised to welcome South Africa, Australia and Pakistan over the next three months and Holder said it was critical CWI executed the upcoming tours successfully amid the ongoing pandemic challenges.

"Last year we had no international cricket in the Caribbean, so we have one (Sri Lanka) under our belt now," the former West Indies batsman and Barbados captain told Starcom Radio's Mason and Guest.