Hawks push Knicks to the brink 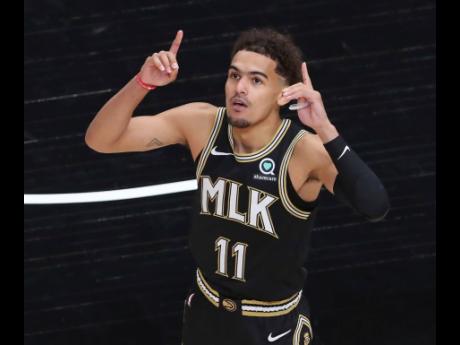 Trae Young led the way for the Atlanta Hawks, as usual.

He sure had plenty of help.

Proving they are far more than a one-man team, the Hawks unleashed a dazzling array of weapons to take control of their series against the New York Knicks.

Young scored 27 points, John Collins added 22 despite a smack to the lip, and the Hawks frustrated Julius Randle and the Knicks once again, pulling away in the second half for a 113-96 victory yesterday that gave Atlanta a 3-1 lead in the series

''We have so many guys who are skilled with the basketball,'' Collins said. ''We have great chemistry with each other. I think the sky's the limit with this team when we do the right things.''

The Hawks will look to wrap up their first play-off series victory since 2016 when they travel to Madison Square Garden for Game 5 on Wednesday night.

''Obviously, we're excited to win a game,'' Young said. ''But the job's not done. It's not done until the series is over. We have to have that same mentality, that same approach, try to go up to New York and finish it there.''

Atlanta took control in the third quarter, stretching a four-point edge at the half to an 88-71 lead going to the final period. The Hawks led by as many as 26 before clearing their bench in by far the most lopsided game of the series.

After struggling to hit shots in the first half, Atlanta suddenly found its range. The Hawks went 10 of 19 in the third, including five of nine beyond the arc. Young scored nine points, Collins added seven and Bogdan Bogdanovic closed out the third with a 3-pointer that had another big crowd bouncing in their seats.

Randle was serenaded again by chants of ''Overrated! Overrated! Overrated!'' every time he put one up. The roars were deafening after a sequence in the third when Randle missed on a drive and had a put-back rim out before the Knicks knocked the ball out of bounds.

Less than a minute later, Randle gave Collins a shot to the face on another move toward the basket. Nothing was called initially, but Randle was assessed an offensive foul after a video review prompted by a challenge from Hawks coach Nate McMillan.

Collins headed to the locker room to receive four stitches in his upper lip. His bottom lip was also swollen, but he was able to return to the game in the fourth quarter.

Randle had his highest-scoring game of the series with 23 points, but he was just seven of 19 from the field and found himself surrounded by black-clad players every time he touched the ball.