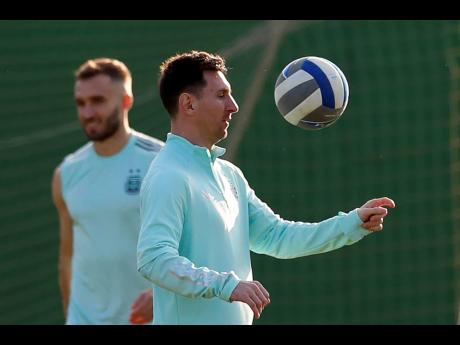 Brazil coach Tite remained hopeful on Monday that nine of his players in the English Premier League will show up for upcoming World Cup qualifiers.

Meanwhile, Argentina had almost all 30 members of their chosen squad -- including four from England -- available for the qualifier against Venezuela on Thursday.

The Brazilian Football Confederation said 21 players have arrived in Sao Paulo for the qualifiers against Chile, Argentina and Peru. More were expected later in the day.

The Premier League clubs have based their decision on South American nations being red-listed by the British government due to the pandemic. When the players return to the United KIngdom, they would have to spend 10 days in hotel quarantine and have little chance of training.

Martinez and midfielder Buendia have agreed with Villa to play Argentina's first two World Cup qualifiers against Venezuela and Brazil.

Paris Saint-Germain players were expected to arrive on Tuesday; Neymar and Marquinhos for Brazil, and Lionel Messi, Leandro Paredes and Angel di Maria for Argentina.

FIFA has told CONMEBOL there will be consequences for clubs who don't release players as required, which could mean disciplinary action.

On Sunday, the Court of Arbitration for Sport ruled against a complaint by the Spanish league against the triple-header of fixtures in South American qualifiers, which would end too close to the resumption of its competition.