Jamaica Tallawahs dumped out of 2021 CPL 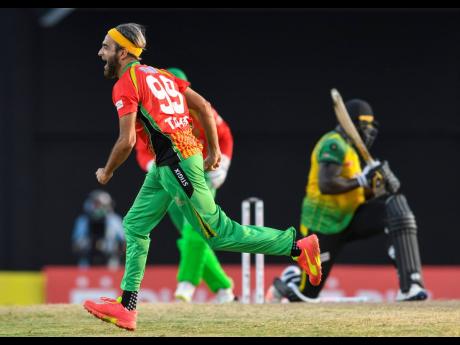 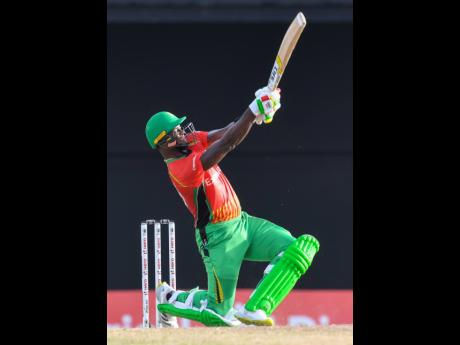 The 26-year-old slammed a pulsating, unbeaten 72 off 31 balls at number seven and then returned to snatch three for 31 with his pace, as Guyana Amazon Warriors defeated Tallawahs by 14 runs to eliminate them from contention for a semi-final spot.

Opting to bat first in a game reduced to 18 overs per side after rain forced a delayed start of nearly 90 minutes at Warner Park, Amazon Warriors found themselves slumping at 75 for seven in the 12th over and in danger of falling well below triple figures.

However, Shepherd arrived to belt seven fours and half-dozen sixes, surviving a few blows from short deliveries to dominate a 67-run, unbroken eighth wicket stand with Gudakesh Motie (5 not out) and fire his side up to 142 for seven.

Only Chris Green, who blasted a desperate 31 off 20 deliveries at number nine, showed any enterprise as Tallawahs ended fifth of six teams on six points.

"Getting some blows to his head and then showing that kind of fight and that character, there aren't much individuals can do that and today that was so special and we needed that.

"I'm lost for words to be honest but he's been working really hard. He's had a really good CPL thus far and I've been telling him 'you just need to get that one score' and today we needed him.

"I really appreciate him and he has my respect - all my respect - just for that innings and that fight. That's what you look for in cricketers."

Arriving at the crease in the 10th over, Shepherd blasted three of his first four deliveries to the boundary, raced to his fifty in the 17th over off just 23 balls before plundering 16 off the last from Russell, as Amazon Warriors gathered 62 runs from the final five overs.

"When I went out there, Pooran told me try to go deep and try to bat all the overs so I tried my best to go out there and be there until the 18th over," said Man-of-the-Match Shepherd.

"I've been working hard so here are my results so I'm just looking to keep going forward. We haven't done anything yet so we need to go to the end and try and win the final."

Leg-spinner Imran Tahir rocked Tallawahs run chase in the second over by bowling Kennar Lewis (3) and trapping Kirk McKenzie leg before wicket without scoring, and even though Chadwick Walton (20) and Shamarh Brooks (8) added 28 for the third wicket, six wickets tumbled for 46 runs to leave the innings in dire straits.

Shepherd proved lethal, knocking over captain Rovman Powell (3) and Imad Wasim (3) in the seventh over before snaring Russell's prized wicket in the 13th over, the big-hitter holing out to Pooran at long off with the game all but gone.