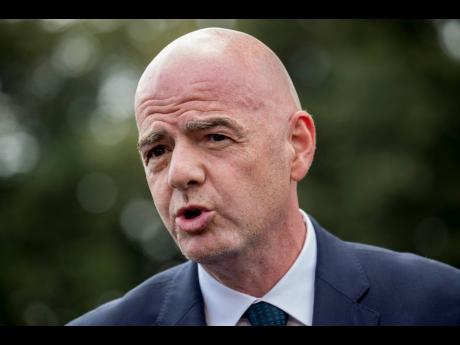 FIFA intensified its push for hosting the men's World Cup every two years on Thursday by garnering support from football fans around the world to help combat resistance from Europe and South America.

The latest public-relations tactic came in the form of an online survey commissioned by FIFA. The AP does not routinely report the claims of opinion polls conducted over the internet.

FIFA claimed its findings from more than 15,000 respondents aged at least 18 identified in 23 countries showed "considerable differences between the so-called traditional markets and the developing football markets" and younger fans more enthusiastic than older ones.

A follow-up survey involving 100,000 people in more than 100 countries is now being done, FIFA said.

European football UEFA and South American counterpart CONMEBOL oppose FIFA's plan and have threatened to boycott additional World Cups. Europe and South America combine for 65 of the 211 FIFA members -- fewer than the one-third total likely needed to block any proposal.

The governing bodies of the six continental football federations all stage their own championships, with Europe hosting its tournament every four years halfway between the World Cups. Adding an extra World Cup in every four-year cycle would likely cut into the European event's revenue stream.

The women already have two major world tournaments in every four-year cycle because the top teams and best players compete at the Olympics, as well as the Women's World Cup.

FIFA's latest survey follows one week after it hosted about 80 former international players, including several World Cup winners, for a two-day meeting in Qatar -- the 2022 World Cup host country.

The players reported they all agreed it was a good idea to double the number of men's World Cups in each four-year period.

FIFA president Gianni Infantino believes staging more tournaments would increase opportunities and enthusiasm in most of the 211 member countries, many of which never qualify to play at the World Cup.

Expanding the World Cup from 32 teams to 48, starting at the 2026 tournament in North America, was one of the biggest early decisions of Infantino's presidency, which began in 2016. FIFA also wants to distribute extra World Cup revenue to improve talent development and help national teams globally close the gap on Europe.

European teams have won the past four World Cups and filled 13 of the 16 semifinal slots. The other three semifinalists from 2006-18 were from South America.