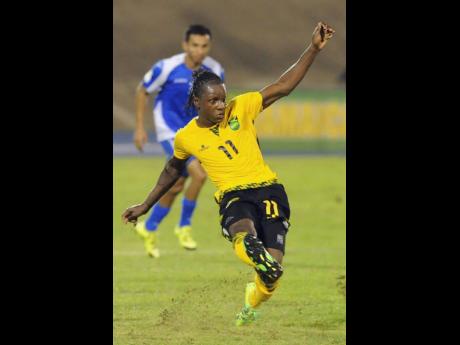 Mattocks ... scored his fifth goal of the season. 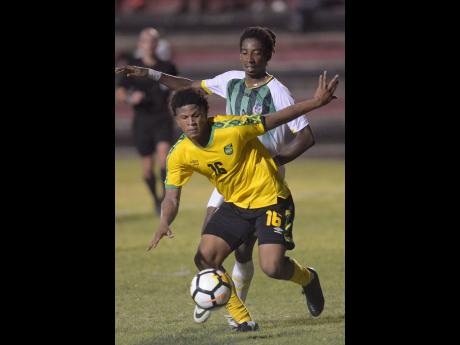 Striker Nicque Daley scored his second brace of the season for Charleston Battery to lead the goalscoring exploits of Jamaicans in the United Soccer League (USL) Championship during the past week.

Daley celebrates his 21st birthday on October 19 and got an early gift with his double strike that got the Battery back in the win column, with a 4-3 victory over Hartford Athletic on Sunday in front of a record crowd at Patriots Point.

Fellow striker Neco Brett kicked things off for Birmingham Legion FC in a decisive 3-1 win over Indy Eleven on a beautiful Sunday afternoon at BBVA Field.

Winger Owayne Gordon tagged a second-half goal to lead Austin Bold past Tacoma Defiance 1-0 last Wednesday at Bold Stadium, and Darren Mattocks rounded out the week for the Jamaican scorers to earn Phoenix Rising FC a 1-0 win over Oakland Roots on Saturday at Phoenix Rising Stadium.

In Mount Pleasant, South Carolina, there was non-stop, end-to-end action between the Battery and Athletic, as the winner would keep their play-off hopes alive and the loser would be eliminated.

An own goal from Hartford centre back Thomas Janjigian gave the Battery the lead after only two minutes, before Daley made a skilful move on a pass from Romario Piggott to turn and send the ball past the goalkeeper, to double their lead in the 10th minute.

After plenty of back-and-forth movement from both sides, the Battery broke through again in the 43rd minute when Daley sent a Claudio Repetto pass into the net for his seventh goal of the season.

Hartford got one back in first-half stoppage time when Piggott was credited with an own goal to make the score 3-1 heading into the break.

The second half opened with the same intensity and a decisive moment came in the 58th minute when Hartford captain Danny Barrera was shown his second yellow card and was sent off.

The Battery did not hesitate to seize on the one-man advantage as Burke Fahling fired home the fourth goal from roughly 30 yards out and past Matt Lampson's desperate dive at the near post following a bounce.

The Athletic made a late comeback attempt with two late goals from Juan Carlos Obregon and Kenan Hot, but the Battery held off the visitors to secure the victory.

Daley said he was happy to play his role in the Battery's home win.

"It's a great feeling for the team," said Daley. "To get back on the scoresheet with a brace, it's a great feeling, being able to move on and off the ball. The second goal, to get it in from the back, it's what we worked on in training and to execute during a match was great.

"For the team, every game now is like a final. The teams above us, we'll need to put pressure on them and show them we want to be there."

In Phoenix, Arizona, Rising scored the lone goal of the match in the 11th minute, when Solomon Asante earned a free kick on the right flank, 35-yards from goal.

Aodhan Quinn stepped up to take the free kick, curling in a low, left-footed ball that skipped across the area and found Mattocks at the front post.

The Jamaican forward netted his fifth goal of the season, beating Oakland goalkeeper Paul Blanchette with a header, low and into the side netting.