Five in a row for Liverpool in Champions League 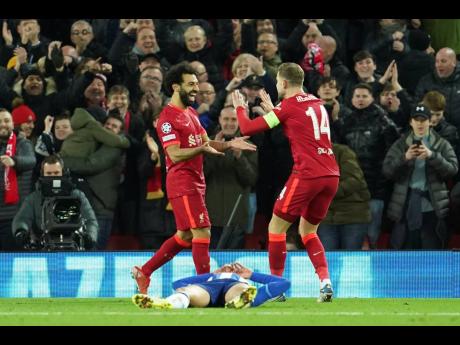 Liverpool was assured of advancing to the last 16 even before their fifth straight victory in Group B, while Porto stayed in second place ahead of a match against Atletico Madrid in two weeks that will help to determine which team qualifies with the English club.

Thiago's 52nd-minute opener was a thing of beauty, the Spain midfielder meeting a headed clearance with a first-time shot off his laces from 30 metres out that stayed low and flew into the corner.

Salah then scored a 10th goal in his last 10 Champions League games - and his 17th in all competitions this season - by dropping his shoulder as he drifted into the area from the right and shooting low inside the near post in the 70th.

Liverpool will look to complete a sweep of victories in the group stage, a feat never achieved by an English team, in their closing game against AC Milan.

On the same night, Porto host Atletico, who, like Milan, have four points. A win would guarantee Porto's progression to the knockout stage.