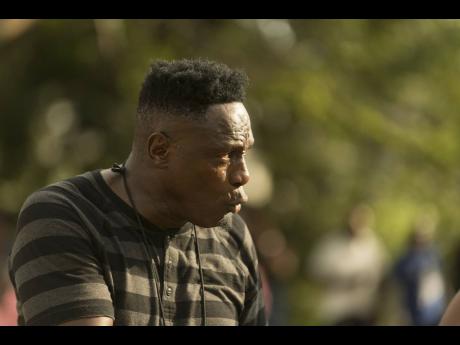 So far in Group B, no team has been able to stop the winning run of leaders Camperdown High.

St Jago High head coach Jerome Waite says that they will be relying on their defence to give them the best chance of doing so in their game today at 3 p.m at the Spanish Town Prison Oval.

Camperdown have been perfect so far this season with five wins from five matches and sit atop the group with 15 points, five points clear of Tivoli High and eight points clear of St Jago, who won their second game in a row last Saturday against Jose Marti.

While recognising the tough assignment his team has, Waite says that St Jago intend to display a fighting resolve to make things difficult for the leaders.

"Give Camperdown credit. They have been doing well. They are the best team in the zone. We will be competitive despite how good Camperdown is," Waite told STAR Sports. "We are still struggling to make the top three but we will still enjoy the moment playing against Camperdown."

Waite's first season in charge of St Jago started badly as the team suffered back-to-back losses. However, the Spanish Town-based school rallied to have back-to-back wins against Dunoon Technical and Jose Marti , with two shut-outs in the process.

Waite says that maintaining their recent defensive run of form will be key in pulling off the upset against a team that can confirm qualification to the next round with another win. The former Charlie Smith High and Arnett Gardens National Premier League coach says the St Jago boys are still still adjusting to his philosophy.

"It's basically two things, keep another clean sheet and try and get that odd goal to make the difference," Waite said. "Everything is basically new to these players and they are new to me (as well)." He added that it will take some time before they fully understand his coaching methods. Meanwhile, Group A features a double-header at Ashenheim Stadium as Kingston High face reigning champions Jamaica College at noon, while St George's oppose Calabar High in a crucial encounter at 3 p.m. In Group C, Wolmer's Boys will play Mona High at 3 p.m at Stadium East.