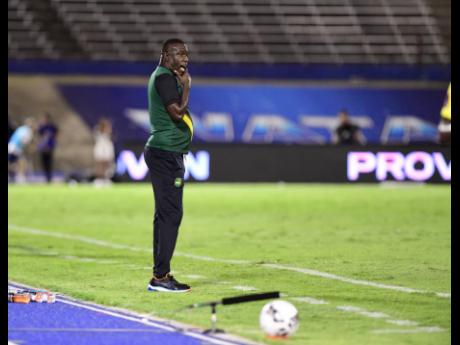 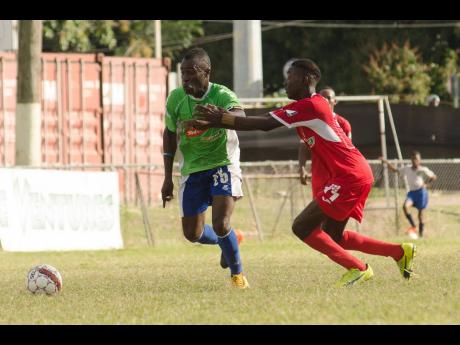 In this file photo from January 2018, Montego Bay United’s Dwayne Ambusley (left) shrugs off Boys Town’s Shaquille Bradford to keep possession of the ball during their Jamaica Premier League match at the Barbican Football Field in St Andrew. 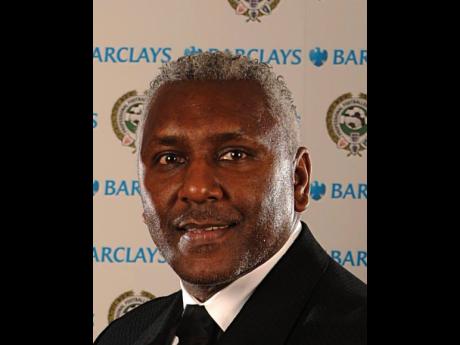 This is in light of rumours in November that the Jamaica Football Federation (JFF) was preparing for him to replace then head coach Theodore 'Tappa' Whitmore.

Whitmore was since dismissed and replaced with his assistant, Paul Hall, to see out the remainder of the World Cup-qualifying campaign.

Hill says the speculation was just exaggerated by the media.

"I have been talking to the JFF for three years, solely about a development programme for 15- to 17-year-olds throughout the whole country, where we would put them through a proper curriculum of development," he said during his unveiling at MBU on Tuesday.

"I was to go around the country and deliver all that, but I never made overtures to become head coach of the Jamaica national team -- never!

"My name suddenly became an option should Tappa lose his position. But the option was blown out of proportion by the media, and then my name was circulating all over."

Hill said that he was in Chicago, Illinois, at the time, working with Evolution Soccer Club, and his plan was to implement a similar developmental programme for Jamaica.

He said he also had a commitment of support from the Professional Football Association (PFA) in England to partner with the JFF.

However, the deal collapsed after Gordon Taylor stepped down as head of the PFA and new Chief Executive Maheta Molango said he was unable to honour the commitment for funding made by his predecessor.

But Hill says that he joined MBU after being convinced by Chairman Orville Powell's vision.

"One of my very good friends is Kieran Keane, who is the technical director of Evolution Soccer," Hill said. "He's from London, the same area I am from.

"He's got his programme, from six- to 18-year-olds. It is run in a professional manner. It is curriculum-based periodisation, based with measurements and evaluations to gauge a player's development bit by bit.

"This is what I was hoping to bring to Jamaica. But now I am here at Montego Bay, I am bringing that to Montego Bay.

"Youth development is at the forefront of Mr Powell's mind, and I have to lend my expertise to the implementation of the programme.

"I don't necessarily have to be running it physically myself. I can oversee, guide and put things in place and assist, which is what I am here to do," he said.

"My main criteria is to improve the young professionals here. From the 20-year-old to the 28-year-old.

Hill is a former England international who has previously coached at his former clubs Luton Town in England, Tampa Bay Rowdies in Florida and San Juan Jabloteh in Trinidad and Tobago.