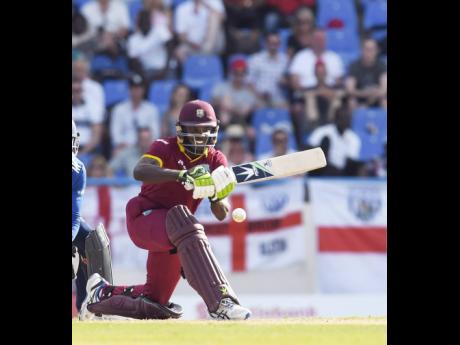 West Indies left-hander Jonathan Carter has been named to lead a Barbados Cricket Association President's XI in a Twenty20 warm-up against touring England on Wednesday.

The 34-year-old, who played the last of his 33 One-Day Internationals (ODI) nearly three years ago, will oversee a 14-man squad which includes fellow West Indies players Keon Harding, Ashley Nurse and Kyle Hope.

Carter was Barbados Pride's leading batter in last year's Super50 Cup in Antigua where he averaged 61.

He subsequently featured for St Kitts and Nevis Patriots in a single game during the Caribbean Premier League later in the year.

Harding, meanwhile, played a single ODI in a weakened squad on the tour of Bangladesh last January but Nurse has not featured at the international level in two and a half years while Hope played his last match in maroon colours four years ago.

No spectators will be allowed at the game.

England are expected to arrive here Saturday for their five-match Twenty20 International series against West Indies at Kensington Oval from January 22-30.