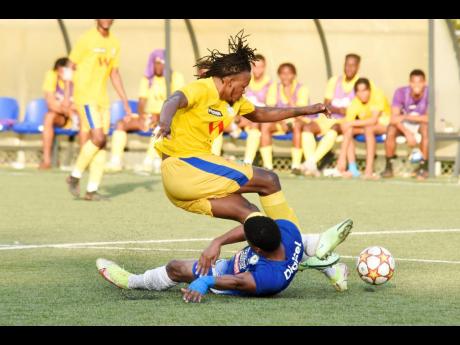 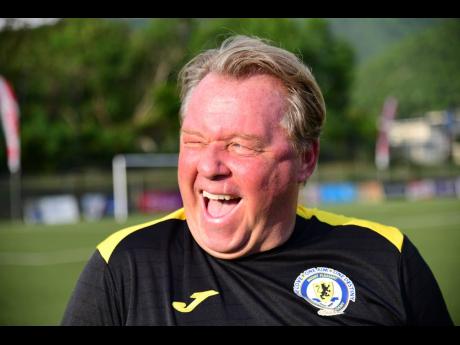 Downes described the victory which came in the Jamaica Premier League (JPL) at the UWI-JFF Captain Horace Burrell Centre of Excellence yesterday also as a major confidence booster.

Mount Pleasant were reduced to 10 men in first-half stoppage time when Kevaughn Isaacs was shown a second yellow card. However, they readjusted for the second half to hold out to steal all three points at the death.

"We had three very hard-fought games against Harbour View last year," Downes said after the game. "I knew today would be a different circumstance to last week, and it certainly proved that way when we went down to 10 men. But we planned for this. We knew sometime during the season we would be down to 10 men. We knew we would have to work hard to keep our shape and discipline but [yesterday] we had a shape we worked on before and could rely on. We were also compact and looked to break wide or with long balls, and used our set-piece and that is exactly how we scored.

"Some games in football flow and everything is good, like last week. Today, it was a different circumstance and us managing to keep the clean sheet is a big boost. But if forwards are confident that defence and midfield can keep a clean sheet, then it gives them the confidence to play forward. But you have to adjust in a long season to any scenario and today we had the discipline and the will to win."

Harbour View head coach Ludlow Bernard said even though they had the upper hand in the first half, it would have been foolhardy to go all out in attack against the 10 men of Mount Pleasant in the second half.

"We were trying to do a lot of right things and tried to exercise a little patience to break down this team," he said. "But we had to be careful how we moved the ball and wait for that right moment. That right moment came a few times, but the final delivery was not that good.

"In the first half we really nullified them, but there were many instances where inexperience let us down. We were threatening but we failed to capitalise as we needed a bit more experience moving the ball up front."

Tivoli came from behind twice to draw 2-2 with Humble Lion in the day's earlier game. Andrew Vanzie gave Humble Lion a 32nd minute lead but Brown equalised in first half stoppage time.

Six minutes into the second half, Shamari Dallas put Humble Lion back in front but Brown rescued a point for the west Kingston team with a 75th-minute strike.

The league continues today at the same venue with Cavalier taking on Waterhouse at 1 p.m., then Dunbeholden face Montego Bay United at 3:15 p.m.