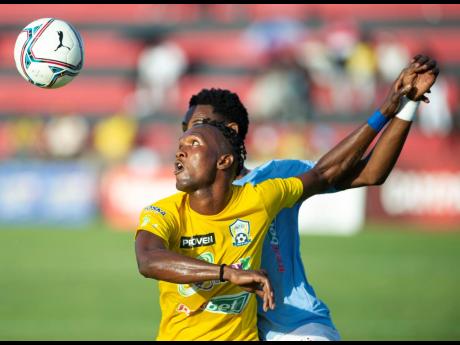 Molynes United’s Damion Thomas (front) is challenged by Waterhouse’s Jahvon James during a Jamaica Premier League game at the Anthony Spaulding Sports Complex in Kingston on Monday, May 2. 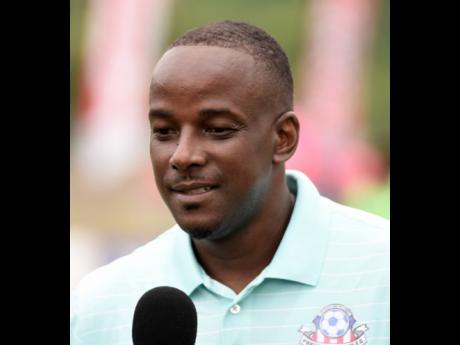 Molynes United president Herman Cruickshank says that despite the impatient nature of the club in its decisions, they are determined to do what is necessary to make the club competitive in the Jamaica Premier League.

Cruickshank confirmed Garnet Lawrence's departure from the club after one season at the helm. Molynes United finished in 11th place this season, winning only four games.

Cruickshank said that they were hoping that Lawrence would be able to guide the club's young core but the struggles this season resulted in them once again making changes to their technical staff.

"We were experimenting with a young coach," he said. "We were trying to build around him but it didn't work out as how we thought it would. This year should have been the building year for us, but it didn't happen. As it is now, we are back to where we started in terms of building and the plans that we have. It was a gamble and it didn't work out."

Molynes United have gone through four coaches since joining the top flight in 2019. Lijaysu Simms, who guided the team to the top flight, resigned in November 2019 and saw Calvert Fitzgerald take over. After more than a year, Fitzgerald left the club after two games last season, and Anthony Patrick took charge for the remainder of the campaign, in which they finished in 10th place. Patrick did not return for the 2022 campaign, with Lawrence getting the job.

Cruickshank said that they were committed to the club's future, despite criticisms of their decisions.

With the search for another coach under way, Cruickshank acknowledged the difficulties they will have in getting anyone in the market as they are looking for a "special person" to lead the charge. He says that the next head coach must be willing to work with youth and have an enforcer-type attitude in the locker room.