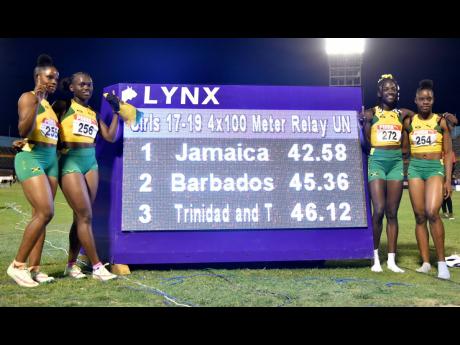 Jamaica’s girls’ Under-20 4x100m relay team celebrates a world record run of 42.58 during the Carifta Games at the National Stadium on Sunday, April 17. From left are Tina Clayton, Serena Cole, Brianna Lyston, and Tia Clayton. However, as a drug test was not administered to one member of that team after the race, the record was not ratified by World Athletics. 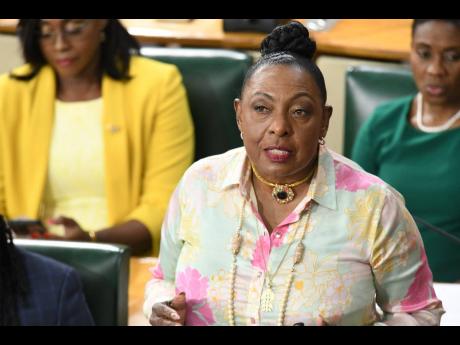 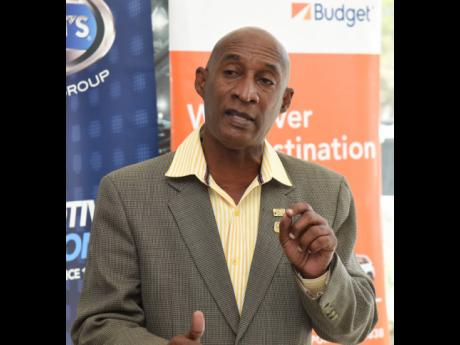 Despite calls for the executive board of the Jamaica Anti-Doping Commission (JADCO) to resign, Sports Minister Olivia Grange says that she still has belief in the Alexander Williams-led administration.

JADCO has been scrutinised since World Athletics decided not to ratify the Women's 4x100m World U20 Record set by Jamaica in April at the Carifta Games. This was because one of the sprinters on that team was not tested after the race despite guidance from the Jamaica Athletic Administrative Association (JAAA) and World Athletics that all athletes be tested after setting a world record.

Grange had suggested sanctions earlier this month as a result and there have been calls for the board to resign. She said that she still believes in the competence of JADCO, but is determined that the testing failure does not go unpunished.

Grange had not given a timeline of when the disciplinary committee could sanction, but did say that it will be the board's responsibility that the mandatory retraining of all technical staff is carried out, as well as a full review of all JADCO policies, measures which Grange announced in her sectoral debate presentation on June 8.

"They have not reported back to me as yet," she said. "But would expect that very soon I would have a report and I would be advised at that time of what the sanctions are."

When asked if he had full confidence in the current JADCO executive board, JAAA President Garth Gayle said that they are committed to working with "those who are in charge and placed in charge at JADCO".

Gayle said that they had been in constant dialogue with JADCO in ensuring that there is not a repeat of such an incident at the National Senior and Junior Championships which start today.

"We would have taken note of the challenge that occurred," he said. "We would not have wanted that. We have improved communication with JADCO and along with our medical commission as we fine-tune the arrangements. We are not taking anything for granted."