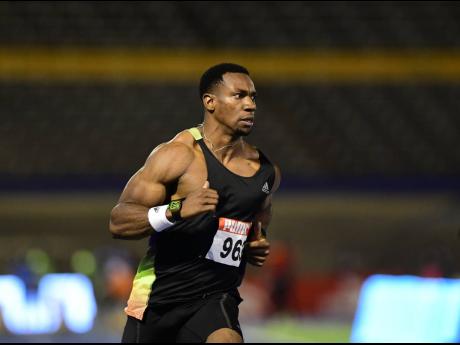 Yohan Blake powers down after winning his 100m heat in 9.93 seconds at the JAAA National Senior Championships at the National Stadium on Thursday night. 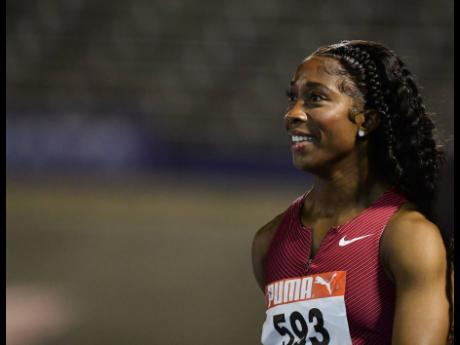 Shelly-Ann Fraser-Pryce is all smiles after winning her 100m heat in 10.70 seconds at the JAAA National Senior Championships at the National Stadium last night.
1
2

A mouth-watering showdown is expected in the semifinals and final of the men's 100m at the JAAA National Senior Championships as Yohan Blake and Oblique Seville recorded sub-10 times in the quarter-final round at the National Stadium yesterday.

Blake, the 2011 World champion, clocked 9.93 second to record the fastest time going into today's semi-final. In fact, Blake, who has a personal best time of 9.69 in the event, is now the second fastest Jamaican in the world over the distance this season.

Fraser-Pryce, who is the fastest woman in the world this year, at 10.67 seconds, was quickly out of the blocks to win the event comfortably. Briana Williams was second in the event behind Fraser-Pryce, equalling her season's best time of 10.98.

Shiann Salmon qualified for today's final of the women's 400m hurdles final with the fastest time.

She clocked 54.10 seconds to book her place in what is expected to be a tightly contested affair to determine the three places for the World Athletic Championships.