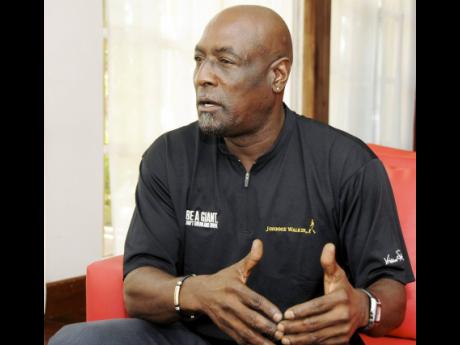 Sir Vivian, the only West Indies captain never to have lost a Test series, presided over one of the halcyon periods for the Caribbean side during the 1980s, while also carving his name into history as perhaps the most dominant batsman of his era.

On Sunday, the 70-year-old Antiguan was one of four CARICOM nationals conferred with the honour at the 43rd CARICOM Heads of Government Meeting in Suriname.

"On behalf of the board of directors of CWI and the entire West Indies Cricket community, I want to congratulate Sir Viv on this tremendous honour which was conferred on him by CARICOM," CWI president Ricky Skerritt said in a statement.

"It is a most fitting honour for a true hero of our region, a man who demonstrated to the world that Caribbean people are capable of punching above our weight by achieving excellence globally.

"Sir Viv took the baton from the pioneers of West Indies Cricket and established new levels of greatness and dominance for others to follow.

"He used his God-given talents, his mental and physical readiness, and his cricket bat, to bring glory to West Indians all around the world."

He also played pivotal roles in West Indies' capture of the 50-over World Cup titles in 1975 and 1979 - scoring a century in the latter final.

Recipients are accorded the title 'Honourable', along with 'OCC', after their names.