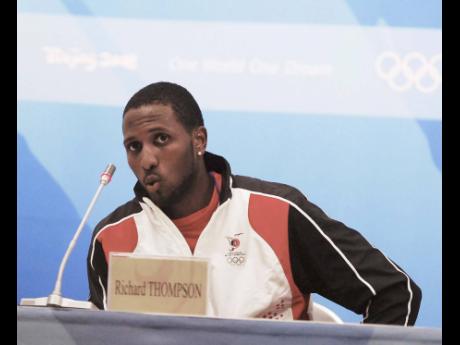 However, due to Carter testing positive for the banned substance methylhexaneamine, the country was stripped of gold by the IOC, and T&T were named the official gold medal winners at the event.

Thompson described the team's emotions on receiving the medals: "I am very excited and relieved at the same time. This has been a long time coming. We should have originally won these medals 14 years ago, but the circumstances were beyond our control. We are happy that the IOC acted with immediacy and all the relevant bodies continued to do everything they could for the integrity of the sport and the Olympics in general."

He added that it was special to have the ceremony at The Olympic Museum.

"When you see some of the names that are on the wall here, like Jesse Owens, Michael Phelps, Michael Johnson, Roger Federer - they are greats, they go beyond just sport, they have the ability to reach people from all walks of life and different parts of the globe. So it is a huge honour for us to be here to donate items of ours as well from the final, and to have a space alongside these people," Thompson said.