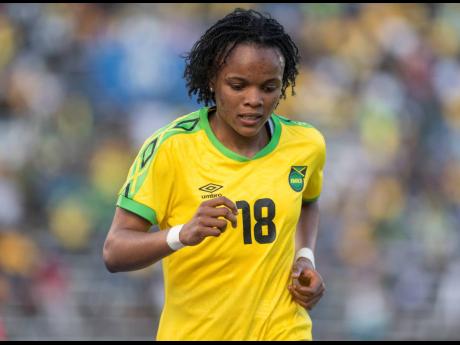 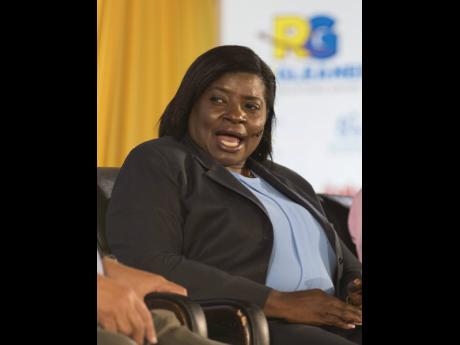 The incident happened on Instagram after Jamaica qualified for the 2023 FIFA Women's World Cup with a 4-0 win over Haiti in the Concacaf Women's Championships on Monday.

Walker-Brown calls on Carter, who scored Jamaica's opening goal, and assisted the fourth, to stay strong and use it as motivation.

"They are out of order," she said. "We didn't come here and have anybody hand us anything. She has played hard and we just want her to push on and continue to build her confidence as we go into the semi-finals. Go Trudi! We are a hundred per cent behind you. Strike hard!

"I stand with her. She has helped to make this nation so proud once again. So stay strong. When people try to tear us down, we take it positively and get stronger."

Walker-Brown said the perpetrators should desist from repeating the offence, as it will only serve as motivation for the Jamaicans, who play Canada tonight for a place at the Paris Olympic Games in 2024.

"Desist from doing this because it is not going to get to anywhere, especially when it comes to Jamaicans," she said. "We are not weak and we will just build on this. They will understand that what they did was wrong. But she will use this to grow even stronger."

JFF released a statement yesterday saying it is angered by the abuse Carter endured.

"There is no place for racism, discrimination, or abuse in or outside of football," it said in a press release. "We are incensed that national player Trudi Carter was the subject of racial abuse on Instagram after she played so well to ensure Jamaica qualified for successive FIFA Women's World Cups.

"The federation stands in full support of our players and will do all possible to ensure their protection and well-being."

JFF says that Concacaf is aware of the incident.

Carter has played 23 games for her country, scoring 15 goals.