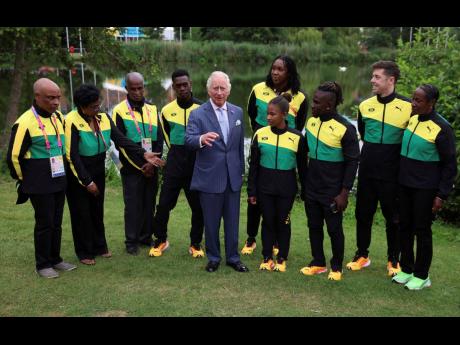 Britain’s Prince Charles (centre) meets with athletes and members of Team Jamaica during a visit to the Athletes Village at the University of Birmingham at the Commonwealth Games in Birmingham, England, on Thursday. 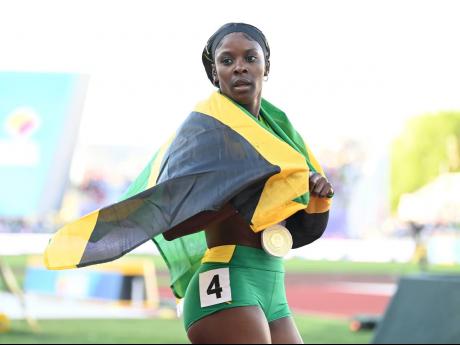 Jamaica’s Shericka Jackson after winning gold in the women’s 200m final at the World Athletics Championships in Eugene, Oregon on Thursday, July 21.
1
2

The long-established Commonwealth Games will be bringing in something new.

The quadrennial event that opened in Birmingham, England, on Thursday is the first multi-sport international meet to host more medal events for women than for men, and is running in tandem with its largest ever para sport programme.

There'll be 136 gold medals awarded to women, 134 on offer for men, and 10 in mixed events when the 11-day Commonwealth Games, which started out in 1930 as the British Empire Games, is staged in England for the third time.

Shelly-Ann Fraser-Pryce was supposed to be one of them, just weeks after she won the 100m at the World Athletics Championships in Eugene, Oregon.

The 35-year-old Jamaican, a five-time World champion in the 100 and three-time Olympic gold medallist, has never claimed an individual gold medal at the Commonwealth Games.

Fraser-Pryce led a medal sweep for Jamaica in the 100m at the World champs in front of Shericka Jackson and Elaine Thompson Herah. She finished second to Jackson in the 200m, with Dina Asher-Smith of Great Britain taking bronze to prevent a back-to-back sprint sweep for Jamaica.

After finishing off with a silver medal with the Jamaican women's 4x100m relay, Fraser-Pryce posted a message to fans on Facebook: "See you at the Commonwealth Games in Birmingham!"

She was, however, not named to the squad, meaning Jackson becomes the marquee member of Jamaica's women's team.

Asher-Smith already started thinking about Birmingham when she took bronze in the 200m.

She subsequently pulled out of the Games with a hamstring injury.

A highlight of the Games is the inclusion of women's cricket for the first time, and World Cup champions Australia will be seeking to add to their recent dominance.

Like all major events in the COVID-19 pandemic, there'll be athletes among the roughly 5,000 attending from 72 nations or territories who'll be impacted by the coronavirus.

Commonwealth Games medical advisor Dr Peter Harcourt said about a dozen athletes a day had tested positive after arriving at the village from the 1,200 to 1,400 daily tests.

A positive test to coronavirus does not automatically preclude an athlete from competing. The decision will be made by each team's medical staff based on a combination of factors including vaccination status and a cycle threshold to determine shedding levels.